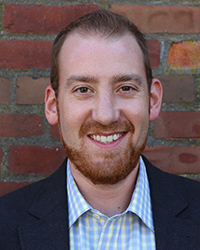 Quincy, MA Acorn Inc. is a Massachusetts-based real estate development and management company specializing in large scale, market rate adaptive reuse projects. For over 50 years, the company has taken a holistic hands-on approach, through each stage of the process from development to construction and management. Acorn Inc. currently owns 3 million s/f of assets under management, primarily in Massachusetts.

Acorn Inc.’s roots reach back to 1945 when Italian stone-carver, Constantino Ricciardi, opened a granite company with his sons. The firm later expanded its services to include on-site masonry restoration, specializing in historic buildings, and worked on many significant projects including the Quincy Market buildings in Boston.

Representative Antonio Cabral, co-chair of the state’s Gateway City Caucus, and Chairman House Committee on Bonding, Capital Expenditures and State Assets said, “Acorn is the type of development company that any Gateway City would love to have operating in their community. They’re ambitious, honest, and forward-leaning about all of their projects.”

Quentin Ricciardi, the chief executive officer who was appointed in 2015, is the fourth generation to lead the Ricciardi family’s seasoned and growing company. Today, under the leadership of this new generation of the family and experienced staff, Acorn continues to develop, construct and manage award-winning properties throughout the region.

Quentin was initiated into the construction industry by his late father and beloved former CEO, Stephen Ricciardi, who had Quentin sweeping job site floors at the age of 6. During his 12 years at Milton Academy and while obtaining his BA from Franklin and Marshall College, Quentin continued his training in all aspects of the business. He previously served the company as vice president for development, leading construction teams, overseeing Acorn’s finance unit, and introducing and managing Acorn’s successful renewable energy investments. Quentin took the reins of CEO during a complex transition in the company’s evolution and has continued to drive the company’s momentum.

The new CEO immediately took advantage of Acorn’s portfolio and long track record of success, repositioning key assets, strengthening internal systems and attracting industry veterans to the Acorn team. Ricciardi’s life-long understanding of the adaptive reuse of historic mill buildings has enabled him to deliver outstanding rental housing for Acorn’s residents, generate returns for financial partners, and strengthen the communities in which Acorn operates. “It’s a true honor for me to follow in my father and grandfather’s footsteps, and do my best each day to carry on their legacy in providing the highest quality living environments for a wide range of residents,” said Quentin.

In 2006, Acorn embarked on an ambitious plan to develop nearly 1 million s/f of dilapidated, unused but historically significant mill buildings along the Acushnet River in New Bedford. “Each building has its own proud story and we sought to honor that history by providing these buildings with a new chapter. New Bedford is one of those gateway cities in Massachusetts whose story is being re-written as we speak. The partnerships that we forged with the city’s administration, and the local elected leadership have been pivotal to our success,” said Quentin.

Although a decade ago, this redevelopment was once thought to be a nearly insurmountable task, today the projects serve as a model of successful public-private partnerships.

“With nearly 500 units across 1 million square feet, maintaining above 98% occupancy, these buildings represent $100 million in private investment and are an unqualified success for our partners, our residents and for the City,” said Ricciardi.

“The decade-long development along the historic Acushnet River was challenging, complex, and fraught with risk, but it removed tremendous blight in the city,” said State Senator Mark C. Montigny, Assistant Majority Leader and Rules Committee Chairman. “The once polluted waterway and abutting properties are now home to beautiful lofts and apartments overlooking the river and nearby bird sanctuary. Acorn’s investment in this redevelopment effort was critical to its success and we look forward to the firm’s future under new leadership.”

Acorn Inc. has now taken responsibility for the management of all its assets, and has begun to pursue several new projects in the area. Under fourth-generation family leadership, Acorn is investing in the long term, and poised for a bright new chapter of growth.