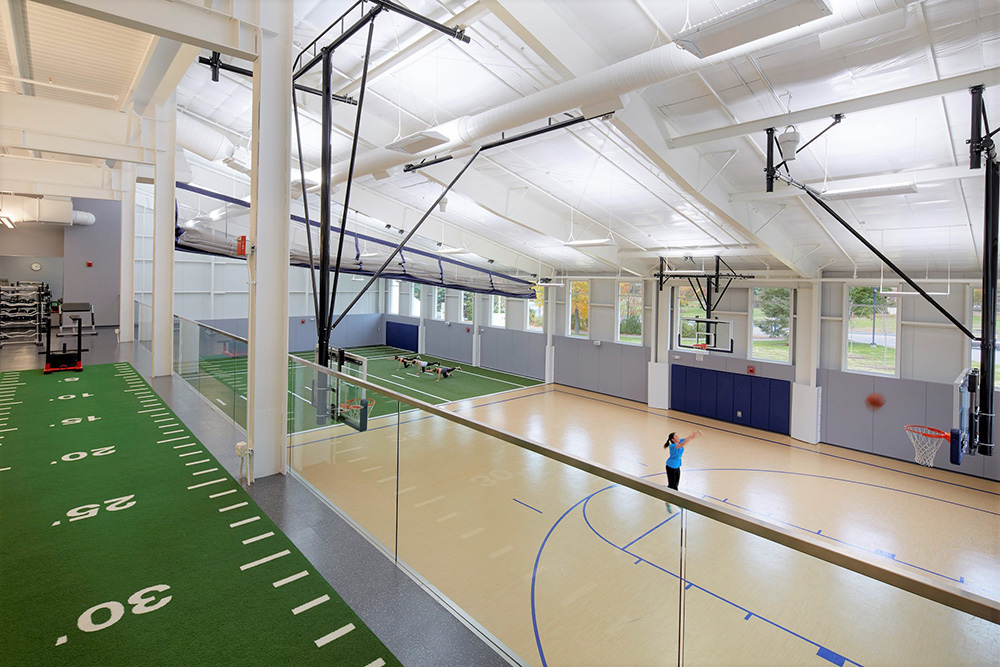 Franklin, MA Stateside Construction Group completed a major expansion at the Adirondack Club. Considered one of the premier tennis, swim and fitness facilities in the area, the Adirondack Club felt it needed to be proactive and take on the project in order to better serve its membership and provide new program offerings.

“The design of the Adirondack Club expansion posed some interesting challenges,” said Chris Rotti of RMD, the project’s architect. “The program itself demanded flexible and open spaces coupled with a client requested contemporary industrial aesthetic. In order to maintain an acceptable budget and to achieve the desired visual cues, we worked within the parameters of a pre-engineered building system and were able to effectively incorporate all our client’s needs for a state-of-the-art fitness program. The end result is a bright, efficient and extremely flexible modern facility that marries seamlessly with the existing club.”

“Stateside Construction is so appreciative to have been involved in such an interesting project. Adirondack Club’s vision for this new space and expanding its offering to their membership should be commended. Working with RMD Collaborative and the entire engineering team has been a great experience. The project’s construction management was quite demanding. We had to deal with a very tight site, an aggressive schedule not to mention the Club was operational throughout construction. The creativity, commitment and professionalism of the entire project team has resulted in a very special addition to an exceptional athletic facility,” said Eric Guthrie, director of operations for Stateside.

After years of planning the new facility has opened to overwhelming success. The club is offering expanded programming and has seen significant growth and increased demand for the new space.