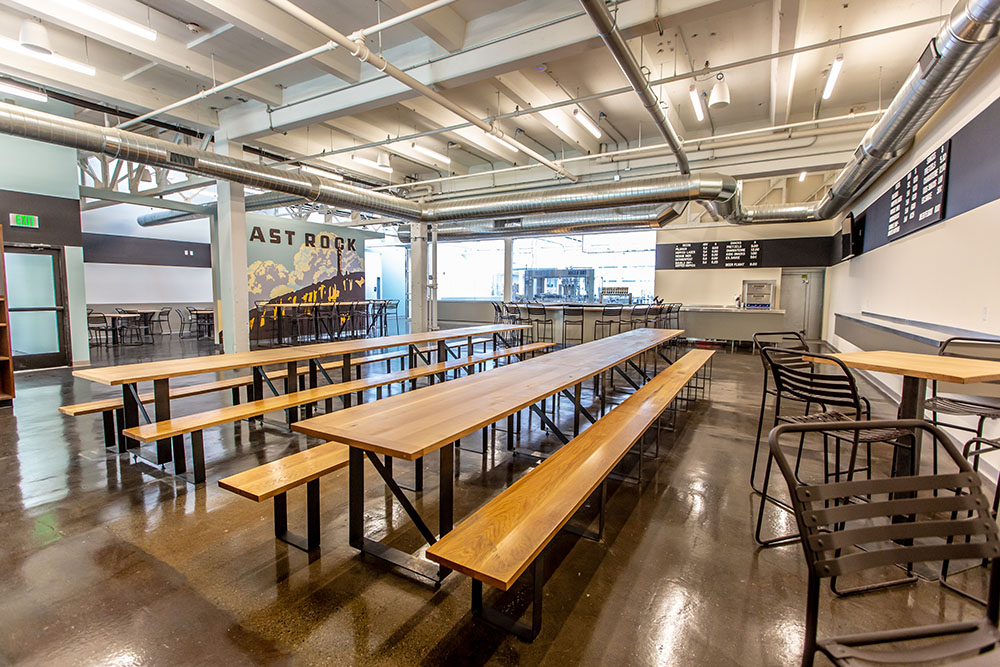 New Haven, CT Before a lease was even signed for the space that would become East Rock Brewing Company, UI energy engineers were coming up with ideas to help owners Tim and Shaun Wilson secure incentives for energy efficient systems.

Already familiar with the Nicoll St. former factory building, energy engineer Glen Eigo had assisted many of the building’s other tenants to outfit their new spaces to be more energy efficient. Eigo provided guidance on energy incentives delivered by United Illuminating (UI) and Southern Connecticut Gas (SCG), both subsidiaries of AVANGRID, to make the energy infrastructure financially feasible.

Eigo approached the Wilson brothers with plans on the installation of high performance interior lighting and a new steam boiler. Securing incentives of $13,338 for them to invest in higher quality efficient fixtures, Eigo also suggested ways they could potentially save $14,800 in annual energy costs.

“Generally with new construction we provide guidelines based on the code for that specific space and how much wattage they can use, then show them ways they can reduce that use,” said Eigo. “We aim for at least 30% less energy use than building code to allow for those savings.”

According to Eigo, the property owner had taken advantage of energy incentives with many of the common areas of the old factory building, including the large underground public parking garage and nearby gym. By establishing a relationship with the property owner, Eigo has helped determine energy-efficient systems for many of the empty spaces that are now home to thriving small businesses. His experience with building out similar spaces provided a unique opportunity to assist East Rock Brewing Co. throughout the entire process of turning a blank space into their brew house and beer hall. 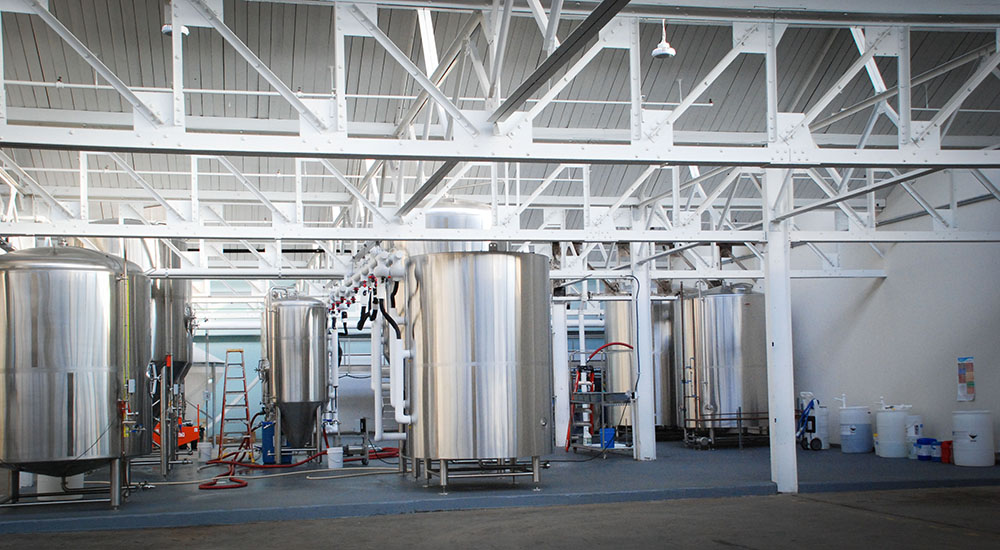 “The financial assistance and overall support from UI and SCG was paramount to achieving our energy goals. Without the energy rebate, we might have had to install subpar lighting packages that weren’t as well suited to our needs,” said Tim Wilson. “It was important to install energy-efficient lighting, not only to realize savings that can be used toward future growth, but also to conserve energy resources.”

Specialty lighting included waterproof fixtures in the production portion of the brewery. The new energy-efficient lighting also gives staff a well-lit place to work and inspectors a better view of the facility, which Wilson indicated is a challenge for many breweries. Patrons have a clear view of the brewery through a glass partition wall along the back of the beer hall – a unique feature that both engages customers and showcases the quality lighting.

With the opportunity for future expansion in mind, the Wilson brothers added all new electrical and plumbing to handle current production capacity and projected future production. According to Eigo, additional energy fund incentives could help make more holding tanks, bottling lines and refrigeration possible in the foreseeable future.

“It is very rewarding to assist start-up, family-run companies in opening their doors for business in Connecticut,” said Eigo. “We are here as a resource, to answer questions and guide our customers in the right direction toward saving on their operational costs.”

Together, the Wilson brothers have an MBA, a diploma in brewing technology, a master’s degree in engineering management, a doctorate in chemistry and over a decade of experience in brewery management. They combined their business savvy to fill a local void in German-inspired brewing options. According to Wilson, breweries are typically located on the outskirts of town, making this location particularly noteworthy. The East Rock neighborhood boasts over 10,000 residents and easy access to major highways.