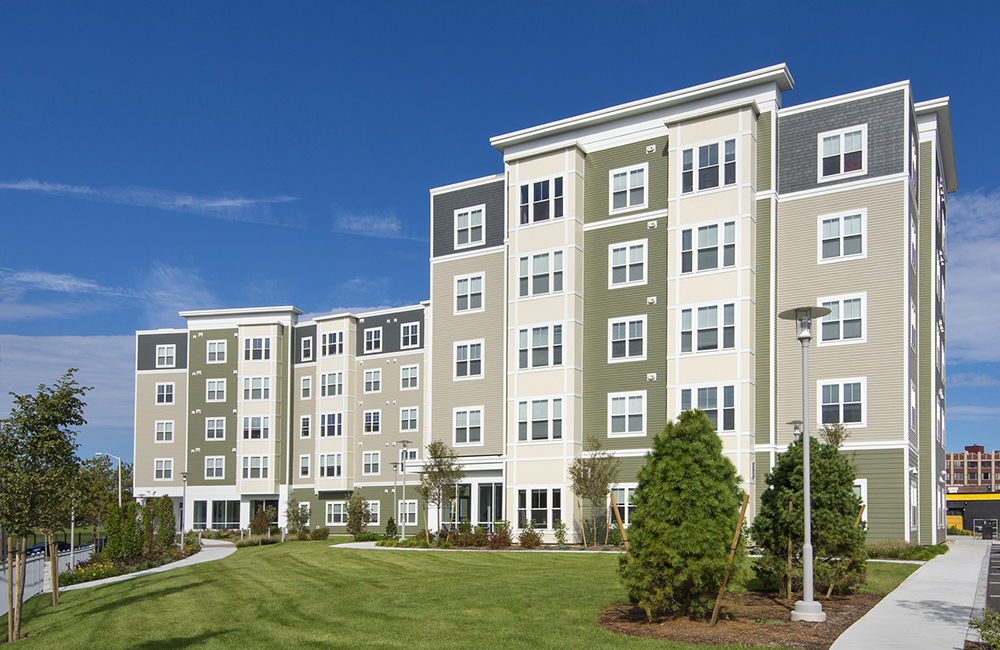 Lynn, MA Peabody Properties said that "Gateway North" has been named a finalist for the Urban Land Institute’s Jack Kemp Excellence in Affordable and Workforce Housing Award.  Managed and marketed by Peabody Properties, Gateway North is a mixed-income and mixed-use community of 71 apartments and includes ground floor commercial space. The developers, Hub Holdings, LLC and Neighborhood Development Associates of Lynn, partnered to transform blighted, vacant land into a transit-oriented project located across from North Shore Community College and an MBTA commuter rail station.

“We congratulate Gateway North on this significant accomplishment and we are quite proud to have one of our managed-communities named as a finalist for this coveted award,” said Karen Fish-Will, principal and CEO of Peabody Properties.

The award, established in 2008, is named in memory of Jack Kemp, former secretary of the U.S. Department of Housing and Urban Development.  It recognizes exemplary developments that demonstrate creativity in expanding housing opportunities for America’s working families and honors developments that meet affordable and workforce housing needs and help to create mixed-income communities of opportunity.

The winner of this year’s Jack Kemp Award will be announced during the 2019 ULI Fall Meeting, slated for September 18th in Washington, D.C.

“One goal we had from the onset of this project, was not just to develop housing, but to do it right, so it can be a point of pride for the city of Lynn and its residents,” said Charles Gaeta, NDA president. “We are hopeful that this collaborative effort accomplished this goal and we are truly honored just to be recognized as a Jack Kemp finalist. The success of Gateway North is a shining example of public and private collaboration, where the city of Lynn and governor Baker’s administration shared our vision for housing opportunity.”

“We are honored to be chosen as a finalist for this widely-respected Urban Land Institute Jack Kemp award,” said Tom Bauer, Hub Holdings, LLC.  “Gateway North is helping to provide affordable housing options to working Massachusetts families and displays the successful partnership of public and private sector to accomplish an important goal of providing affordable housing options,” said Bauer.