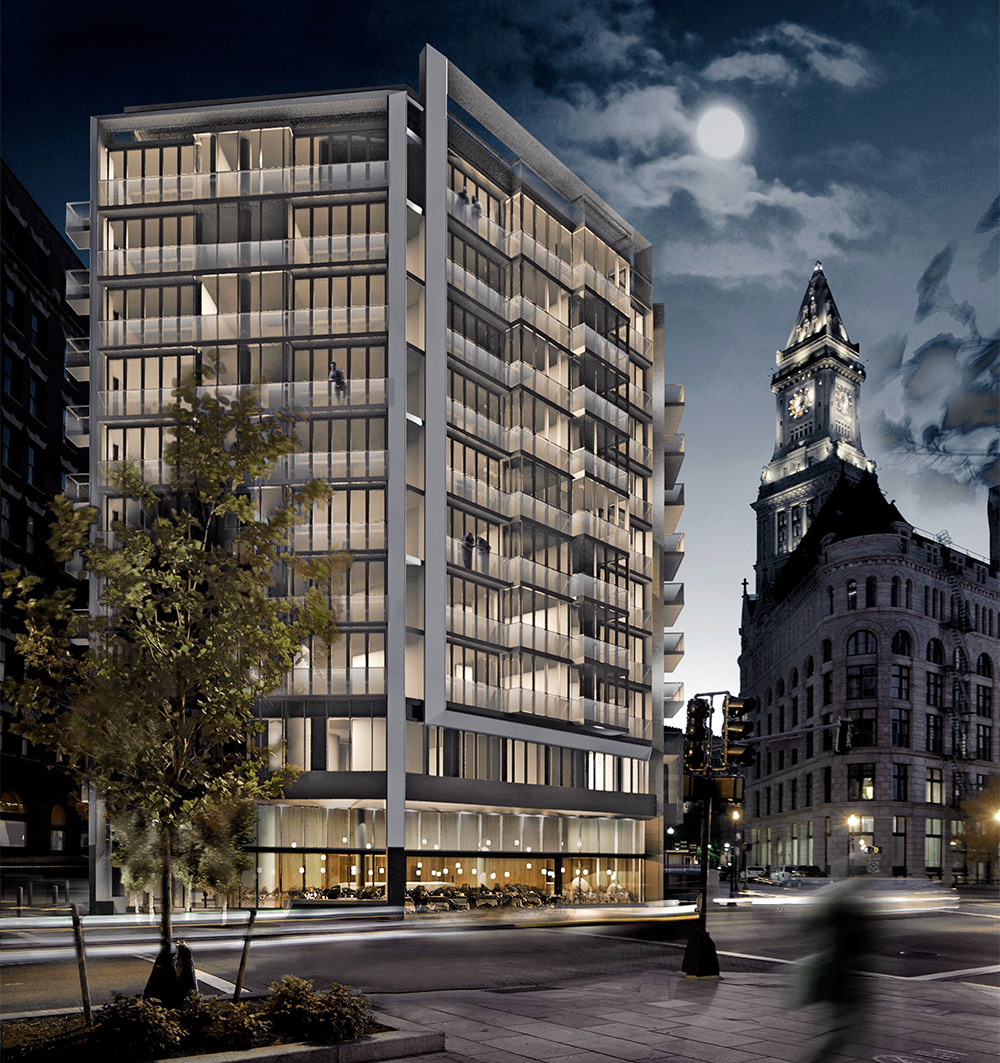 Boston, MA Boston Residential Group (BRG) has purchased 55 India St., a piece of the original India Wharf site laid out in 1805 and re-shaped during the building of the Central Artery and then again during the Big Dig. BRG will develop a 12-story condominium tower at the site featuring 29 units, most of which will have three bedrooms and two baths. The 71,000 s/f building will feature a green roof, a restaurant on the retail level, and integration into the brick, granite and stone texture of the surrounding neighborhood.

“We are thrilled to bring Boston Residential Group’s design aesthetic to the Greenway and waterfront area, and to be a part of what is blossoming into a wonderful new work-live-play neighborhood,” said Curtis Kemeny, president and CEO of BRG. “The demand for new construction luxury 3 bedroom condos in downtown Boston is strong, but supply is limited. We want to address that market imbalance. 55 India will be a boutique offering in a service-rich building with access to what has become one of Boston’s finest amenities: The Greenway.”

In 2016, BRG developed 319 A St., a 48 condominium redevelopment of an old shoe factory in Fort Point Channel; a year before, BRG brought 318 Congress St., a mid-sized apartment building in the Seaport, to market. Prior condominium projects include 360 Newbury St. in Back Bay and 285 Columbus Lofts in the South End.

The condominiums at 55 India St. will be the company’s first foray into the Financial District. It is scheduled to break ground in spring 2020, with project completion in 2021.

55 India St. was originally part of Charles Bulfinch’s India Wharf project. A manufacturing building was placed there in the early 20th century but was demolished – and the site truncated into a near triangle – when the elevated expressway was built in the 1950s. Since the Big Dig, the site has been empty.

“Our building will connect the iconic Custom House Tower with the Greenway and the waterfront, and its restaurant will help activate the large flow of pedestrians that make this area so vibrant,” Kemeny said.