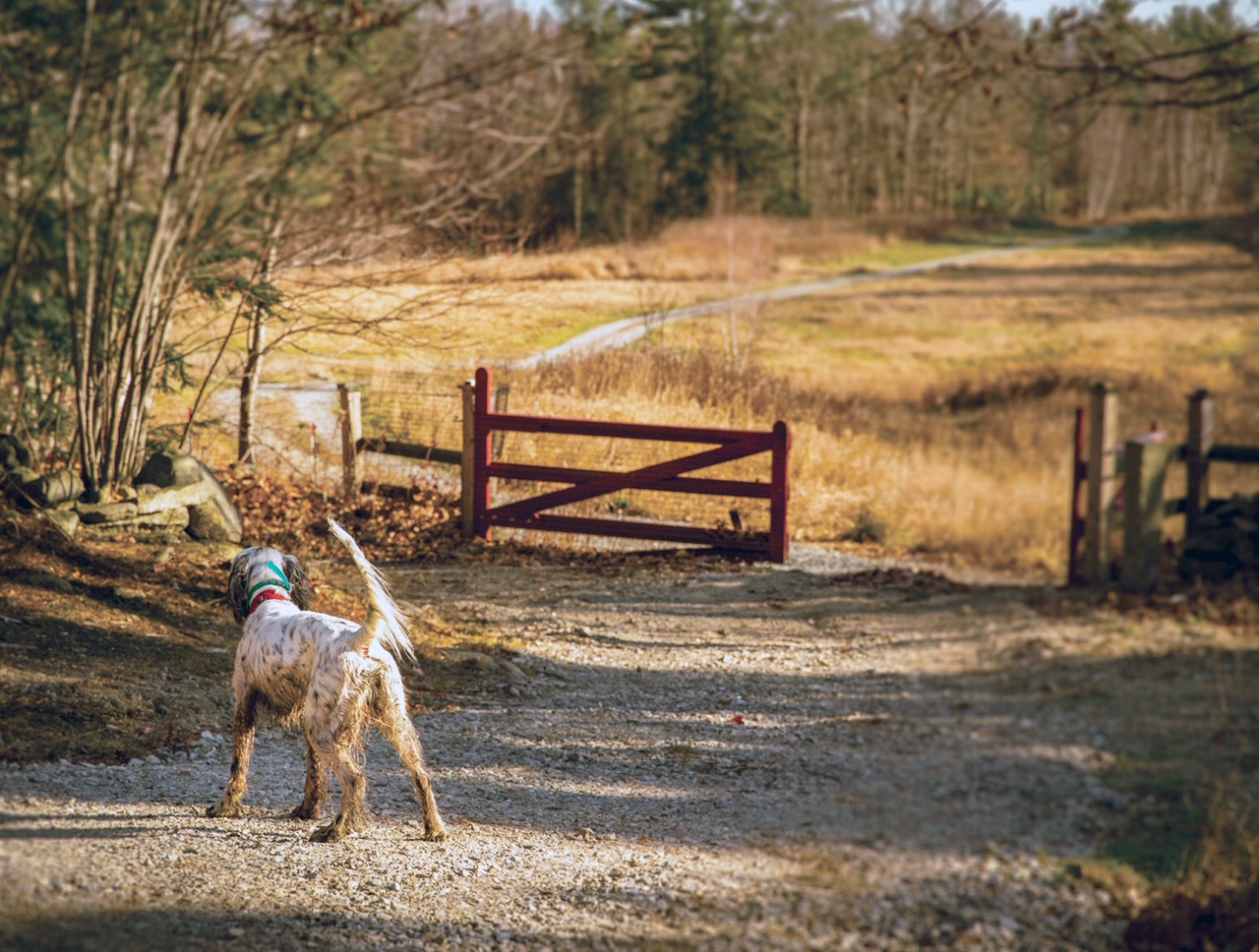 Temple, NH Allen & Major Associate’s New Hampshire land survey team recently completed a survey of a large tract of land. The property is owned by The Martin and Lynda Connolly Trust and managed by Connolly Brothers Dairy Farm, LLC. The Connolly family including, Linda and Marty Connolly and their sons generously worked with the USDA Natural Resource Conservation Service as part of the Wetlands Reserve Program (WRP). WRP is a voluntary program offering landowners the opportunity to protect, restore, and enhance wetlands on their property. Out of the 60.8 acres surveyed, 42.5 acres were included in the Easement and added to the 74 acres of farm and forest land that was previously preserved with an easement by the Connolly’s to prevent development.

The property has an interesting history that was generously shared by the client. “The site is located between two roads, Webster Highway and Powers Road. The land has gentle rolling fields with ancient fieldstone walls running through and around the land. There is tree growth on the property that could predate the civil war, based on the size of the trees. There is an old former public road that runs through the property which was discontinued in 1891. It is believed that the old road was part of the “Old Revolutionary Road” in town. The lore is that this bygone road was used by NH Militia to attack the British held Fort Bennington. Numerous Revolutionary War artifacts have been discovered along the road by the current owner. The land is currently undeveloped and used as a private hunting club called The Grouse Woods at Red Gate Farm. The land also has a brook running through it, named “Blood Brook.” One of the earliest families in Town was known as the Blood family. The NH Water Resources Board also has a floodway easement along portions of this brook”.

The areas that were most significant to the WRP included Blood Brook and a nearby feeder stream where native brook trout habitats are found, a native box turtle nesting area as well as long-eared bat nesting areas. The remainder is actively pastured and wildlife food plots are grown seasonally.

Allen & Major’s field crew did the field reconnaissance then marked the boundary with posts and signs.

Andy Ruggles, SIT and Jim Smith, LLS were responsible for creating the plan for the USDA.

photo courtesy of the Connolly Family