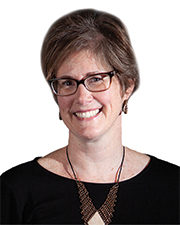 How many years have you been in your current field? 24

Who are three women – living or dead – that you would like to have drinks with and why? I would have drinks with Michelle Obama to learn how she was able to stay grounded and true to herself while serving as FLOTUS; Amelia Earhart, to discover what drove her passion for exploring and adventure and find out if she had plans for the next quest when she disappeared; and Ray Eames, to understand the collaboration process she and her husband shared to create such iconic designs.

What were your biggest fears when you started out in your profession? When I first started, my biggest fear was the power suit! I later realized it wasn’t the power suit itself I was afraid of, but what it represented. It meant conforming in what was considered a man’s world: dressing like a man. Next would be talking like a man, yelling and swearing on the jobsite. Thankfully, neither fear ever materialized. I realized early on that men were on their best behavior in the presence of a young woman, so I used that to quietly and professionally get my work done. My voice didn’t need to be the loudest in the room, just the smartest.