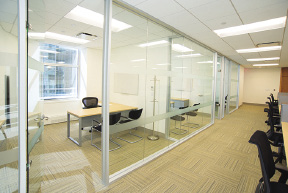 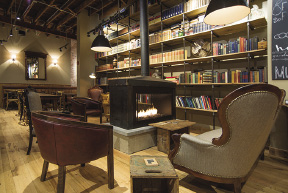 Trinity Building + Construction Management Corp., is celebrating its 10 -year anniversary. Headquartered in Wilmington, Trinity is a general contracting and construction management firm with both a national and Canadian presence.
Established in 2005, Trinity is the realization of the lifelong dreams of its founders, Matthew Kilty, David Story and Paul Mancini. The three principals had each wanted to pursue their dream of business ownership in the industry they loved and knew the likelihood of success rose sharply with the combination of their talents. Although initially anchored in Mass., Trinity quickly expanded their geographic reach and developed a reputation for executing complex projects anywhere their clients needed them. This capability has allowed Trinity to build lasting relationships with companies such as Banco Santander, Union Sq. Hospitality Group/Shake Shack, J. Crew, Nike, Tesla Motors and Dick's Sporting Goods to name a few.
From the very beginning, Trinity has fostered a culture that has been at the heart of its growth and success. One critical aspect of this culture is recruiting, nurturing and retaining top-performing people in order to accomplish great work and sustain success. Trinity simply could not reach the level of growth it has without excellent people throughout all levels of the organization. Trinity currently employs over 50 staff members in two offices.
Trinity Building and Construction Management has been extraordinarily busy over the past few months. Exciting projects Trinity has recently completed include:
* Banco Santander - The 40,000 s/f phased renovation of the Banco Santander corporate facilities in Manhattan included work on seven floors of an occupied building. Trinity has completed other projects for Banco Santander including ground up retail branches, lobby work and the new Santander Select branch in New York City.
* CaffÃ© Nero - Trinity completed two build outs for CaffÃ© Nero, one on Washington Street in Boston, and one in Jamaica Plain, Mass.
* Shake Shack - Trinity continues to foster its longstanding relationship with the Union Square Hospitality Group and has recently completed construction of a third Shake Shack location at Legacy Place in Dedham, Mass. Work is also underway in Madison Sq., where Trinity is currently renovating the original Shake Shack in New York City.
* Del Frisco's - Trinity completed the fit-out of a new Del Frisco's Grille in Bethesda, MD and is currently ramping up for another in Stamford, CT.
* Au Bon Pain - Trinity completed the renovation of the Au Bon Pain in the lobby of Children's Hospital Boston and is currently renovating the Au Bon Pain at the Park Plaza Hotel in Boston.
To cap off Trinity's 10-year anniversary, the company recently completed construction of an additional 6,100 s/f of office space to expand their headquarters in Wilmington, They are also staring a renovation of their office space in Cohoes for their New York team. Trinity is poised to make 2015 the most successful year yet with various multifamily, retail, corporate and restaurant projects already under construction and many more slated for spring 2015 starts.
"The past 10 years have been filled with achievements as well as challenges" said Paul Mancini, co-founder and executive vice president of business operations. "We look forward to applying what we have learned, and what we will continue to learn, to create better experiences for our clients now, and in the future."