BPV engages Advisors Living for sales and marketing of The Mezz 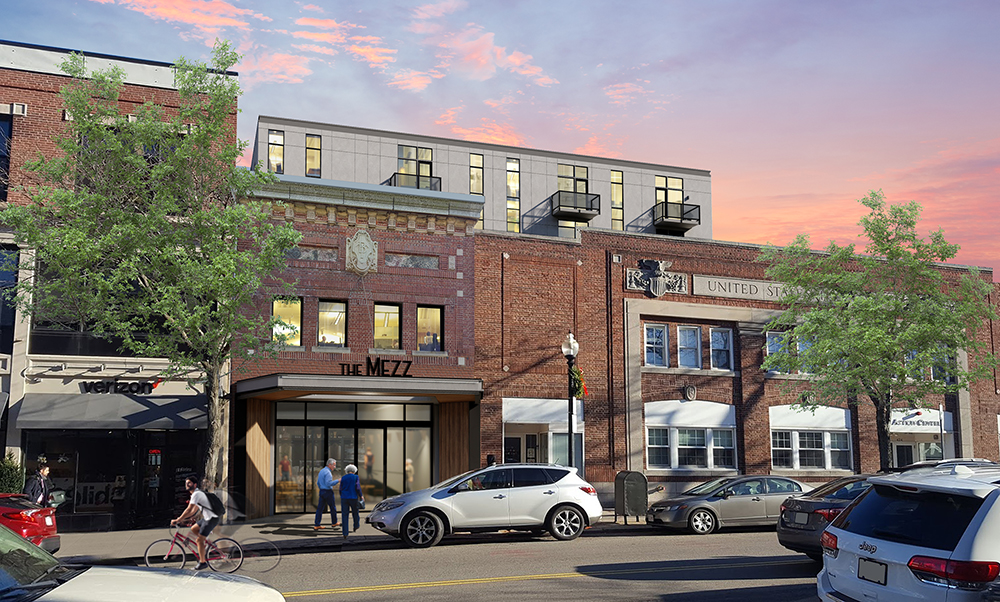 BPV purchased the property, located at 420 West Broadway, for $8.2 million in July 2018. Soon after the property was acquired, the BPDA approved BPV’s plan to redevelop the property into a community of 42 condominiums, with a suite of amenities including a rooftop garden, zen patio, clubroom, underground parking and bicycle storage. Construction is under way, with the new homes expected to deliver in March 2020.

Originally built in 1920 – designed by architects Clarence H. Blackall, Clapp and Whittemore – The Mezz sits on the site of the historic Broadway Theater. Following a fire, the theater was rebuilt to the designs of architect Clarence Kivett in 1938. The Broadway Theater was a South Boston staple for decades, until it ultimately shut down in the 1980s.

Rich in history and culture, BPV is committed to leveraging the authentic flavor that the building provided the Southie community for so many years. The former theater lobby facing West Broadway will be restored and repurposed into a residential lobby and retail space.

The Mezz will attract an anthology of young professionals and new families looking to purchase their first home, as well as empty nesters in search of their next abode. Designed by Rode Architects, The Mezz will provide a genuine South Boston living experience – edgy and upscale – accessible by car, bicycle, scooter and a short walk from the Red Line.

In the heart of it all, The Mezz is conveniently located near Caffé Nero, across the street from Lincoln Tavern and walkable to other neighborhood spots such as JP Licks and the South Boston Farmers Market.

This week's columnist:
How to differentiate your company with marketing - by Chuck Sink