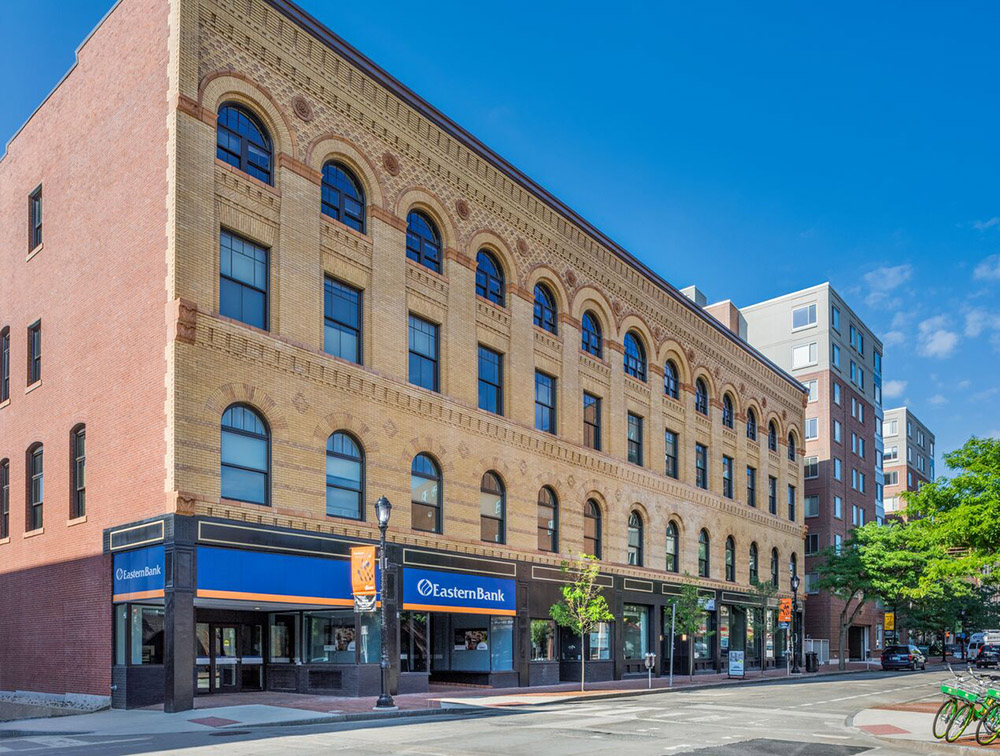 Malden, MA An official ribbon cutting ceremony was held to celebrate the official opening of Residences at Malden Station 138, a $25 million transit-oriented, mixed-use development located near the Malden Center T Orange Line stop. Comprised of 69 market-rate apartments and 6,500 s/f of retail space, the project was developed by a joint venture between The Brennan Group and an affiliate of Corcoran Jennison. The development is part of an ongoing effort to revitalize downtown while also preserving an historic landmark and providing much-needed market-rate housing for the region.

Designed by Russell Scott Steedle and Capone Architects, the project involved the restoration of the original Browne-Masonic Building, constructed in 1895, and the construction of an addition to the building on Exchange St. Built in the neo-classical style with a yellow brick façade marked by arched window bays of Roman form, the building is listed on the National Register of Historic Places. The Malden Masonic Lodge Square and Compasses symbol that once hung on the façade of the iconic building was gifted to the Malden Historical Society by the development team.

The Residences at Malden Station 138 is comprised of a mix of studio, one and two-bedroom units, and the pet-friendly apartments were fully leased within months. A host of shops, restaurants and a grocery-anchored shopping center are within walking distance, as is the historic Fellsmere Park and Pond. Amenities include a 3,500 s/f community center in the great room (which is also available for functions), a 24-hour, fully-equipped fitness center, and a roof deck with skyline views of Boston. The walls and common areas are adorned with artwork provided by TMD Design and Boston Art Inc, and each unit is equipped with Energy Star-rated appliances and granite countertops.

The commercial space is occupied by Eastern Bank and Aura Beauty Lounge, with some retail space still available for lease. The project was financed through federal and state historic tax credits, the Commonwealth of MA Housing Development Incentive Program (HDIP) tax credits, a city of Malden Tax Increment Exemption (TIE) Agreement, and owner equity, as well a construction loan provided by Eastern Bank.

“This building was facing the wrecking ball, so we’re very happy that we were able to restore this public gem,” said Jack Brennan, president of the Brennan Group. “But we must also remember that what makes this project so unique is that it is a great example of how public private partnerships can work to the benefit of all.”

“If we just work together, good things can happen. This is evidence of that,” said mayor Christenson. “This could have been (a project) where people would come in and just demolish the building, and for that not to happen…it’s just worth repeating how fortunate and grateful we are to both (Corcoran Jennison and The Brennan Group) for making this happen.”