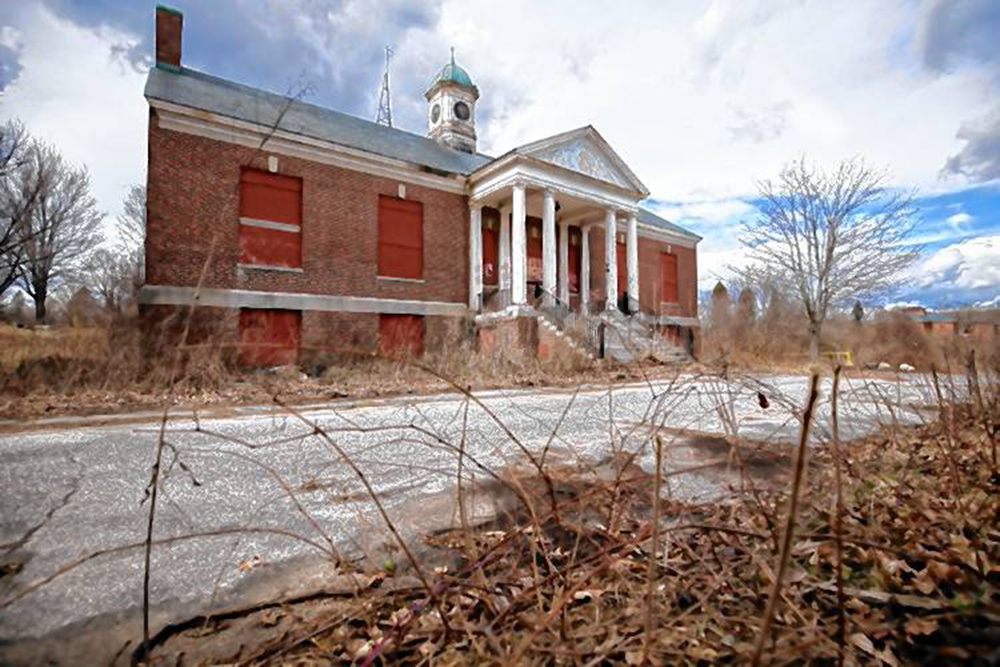 Belchertown, MA MassDevelopment and the Belchertown Economic Development and Industrial Corp. (BEDIC) have selected Brisa Ventures, LLC to develop a 12-acre parcel at Carriage Grove into a new mixed-income residential community featuring 100 units of housing. Brisa Ventures will also preserve and redevelop the existing former Belchertown State School Administration Building into a community center, museum, cultural space, meeting space, and either a restaurant, brewery, or distillery. Construction of the development is projected to begin by the end of 2022, and is expected to be complete within 18-24 months. The sale of this BEDIC-owned parcel and building to Brisa Ventures will represent the first phase of a multi-phased, mixed-use project under negotiation with the company intended to include additional commercial, residential, and community-oriented investments.

“MassDevelopment’s partnership with the Belchertown Economic Development and Industrial Corporation has made significant strides in transforming the former Belchertown State School from an underutilized asset into a thriving mixed-use community,” said Housing and Economic Development secretary Mike Kennealy, who serves as chair of MassDevelopment’s board of directors. “This new development marks another exciting step in that journey, and will add about 100 much-needed units to the Commonwealth’s housing stock.”

“Momentum breeds momentum, and it’s clear that the progress the town of Belchertown, the Belchertown Economic Development and Industrial Corp., and MassDevelopment have made in breathing life back into the former Belchertown State School campus has paved the way for this landmark new development,” said MassDevelopment president and CEO Dan Rivera. “MassDevelopment has been proud to be a strategic partner in the development of Carriage Grove. Brisa Ventures, LLC’s proposal to build about 100 mixed-income rental housing units, while preserving and transforming the existing former Administration Building into community space and a restaurant for the benefit of the public, stood out as the best next step for the community.”

The new rental housing units will be designed as a mix of two- and three-story apartment- and townhome-style residences and built to ultra-low energy use standards; they are planned to use solar energy to meet net-zero energy use. The development will also include extensive common green areas with play areas, community gathering spaces, and pathways that connect the housing units to each other and to the neighboring trail network.

“We’re excited as a town because the state school property has been a challenge to develop over the years, considering its history within and outside of the community in conjunction with environmental issues in since-removed structures on the property,” said Belchertown selectwoman Jen Turner.

“The hard work from the team on the ground, the BEDIC and MassDevelopment, is paying off with the selection of a development team with a vision for this parcel. This project will be an economic driver for the town, create new housing and community space, and will be connected to the trail network and other recreation opportunities in Belchertown.”

Following the Belchertown State School closure in 1992, the BEDIC purchased the Carriage Grove site from the Commonwealth. The main campus of the property contained almost 400,000 square feet of abandoned buildings and utility tunnels with significant environmental issues that required abatement and demolition. Serving as the BEDIC’s agent, MassDevelopment has worked with the Town of Belchertown and the BEDIC since late 2012 to create a development vision and a pre-permitted master plan for the site, as well as implement the necessary demolition and infrastructure improvement program.

Other recent developments at Carriage Grove include the opening of Christopher Heights, an 83-unit assisted living facility, in June 2018; the completion of Carriage Drive, a 2,000-linear-foot road, in February 2020; and the opening of Belchertown Day School, an early childhood education center, in September 2020. MassDevelopment is currently designing a new road to be built off the roundabout on the eastern side of Carriage Drive, which is scheduled to begin construction next year and will open up 15 acres of light industrial land.

In October 2020, MassDevelopment issued a Request for Interest on behalf of BEDIC for the development of the 12-acre parcel. A review committee was comprised of the BEDIC, representatives from the town, and MassDevelopment staff.

“The BEDIC is delighted to have found BRISA Ventures, LLC, as our newest addition to the redevelopment of the old State School campus,” said Jonathan Spiegel, one of the longest-serving members of the BEDIC. “The mixed housing development will provide needed rental units for the town and ensure that other businesses and light industrial enterprises have a workforce close at hand. We expect this first phase will entice other employers to seek space at the site for their businesses and benefit the entire town. We have been very pleased with the work of MassDevelopment on our behalf and this is another example.”