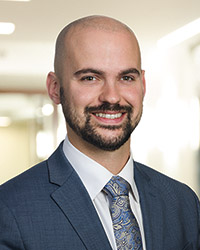 Why Boston? The interest in Boston has to do with both national and local factors.  Nationally, Chinese investors find the U.S. the most stable and secure venue for commercial real estate.  As the U.S. pulled itself out of the Great Recession, Chinese investors took advantage of favorable market conditions.  Moreover, the Chinese government has relaxed restrictions on the flow of money out of the country, though this is more of a wild card.  This, in addition to Chinese investors’ desire to diversify their assets, has lead to investment in both commercial and residential real estate.  2016 should see another strong year, partly thanks to President Barack Obama, who in December of last year signed into law a provision that waives taxes imposed on foreign pension funds under the 1980 Foreign Investment in Real Property Tax Act (known as FIRPTA).

At the local level, Boston’s stature internationally is rising.  Many Chinese families send their children to Boston area colleges and universities.  The area schools create a pipeline of Chinese engineers, scientists, and artists who add to the area pharmaceutical, medical, business, and creative industries. Additionally, combining the popularity of the EB-5 visa program and Massachusetts international reputation for quality primary and secondary education, Boston has become a top target for Chinese foreign investment. With the students come the parents and many of those are now able to travel to Boston more easily thanks to direct flights from Beijing, Shanghai, and Hong Kong.  With Boston’s push for more middle-income housing, expect the trend of Chinese development and joint ventures with local developers to continue.

What Local Developers and Business Should Expect? First and foremost, Chinese investors are looking to diversify their investments, both out of China and into different property types.  Chinese investors are already well educated on property types and business models.  They prefer real estate in general for its tangible value and stable returns.  Where they need assistance is on geography and local legal, tax and other business practices.  Brokers and other professionals doing business with Chinese investors need to take care in explaining the distinct geographical and cultural neighborhoods in the Boston area.  Boston city limits are small relative to other major cities due to history.  While an investor might want to “only invest in Boston”, she should be educated on the other strong communities that make up the greater metropolitan area of Boston.

Chinese investors are also looking for a “technology transfer” by partnering with local developers and local professionals.  Local developers should expect an increase in Chinese investors interested in joint ventures for the first few transactions and need to be patient and mindful of the cultural differences.  Lawyers and accountants may also need to educate Chinese investors on the complex corporate and tax structures, in addition to IRS regulations concerning foreign ownership of real estate and possession of foreign bank accounts.  Lenders need to advise them on interest rates, loan products in the U.S. and the need for escrow accounts and other security.   As a whole, Chinese investors are keenly aware of relationships – the Chinese word guanxi comes to mind - and desire to build long-standing relationships with brokers, lenders, lawyers, developers and other professionals.

Conclusion Chinese investors are sophisticated, patient, and wealthy.  Barring changes in Chinese government policies, their growing investment in Boston commercial real estate should continue.  Local professionals need to be aware of the new wave of investment, the reasons behind it, and the expectations from it.

James Heffernan is Of Counsel and a member of the real estate group  at Partridge Snow & Hahn LLP, Boston.