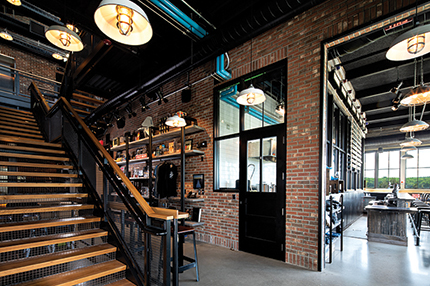 Selected as the design/build construction manager during the early stages of project conception, Connolly worked with the owner on site feasibility and budget estimating.  Collaborating with Niemitz Design Group (NDG), Connolly produced the construction documents and secured the necessary town approvals and permits.

Located at 99 Main St., a closed restaurant was located on the site in the salt marsh. Following the demolition of the existing structure on the site, Connolly managed the complex construction process that included a friction pile foundation system, structural steel frame, and the installation of a 30hl brewery. Due to the weight of brewery equipment and beer tanks, breweries are usually built on grade. This was not an option at this location due to FEMA’s regulations regarding construction in a flood plain. Therefore, the first floor was constructed five feet above grade and one foot above FEMA’s flood plain, with an elevated concrete slab designed to support 400 pounds per s/f. 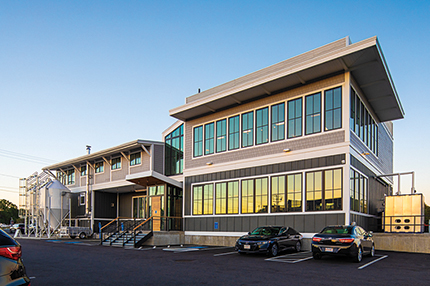 “Like a number of brewery stories, mine started as a basement operation. After some initial success, I knew my next venture would be creating a brewery on a larger scale,” said John Collins, chief executive brewer at Great Marsh Brewing Co.

“I contacted Connolly Brothers and quickly realized the design/build model would allow me to streamline development of my new venture while allowing us to be more flexible and responsive to changes as we worked through design and construction. We couldn’t be more pleased with the end result.”

Great Marsh Brewing Co. features a tasting room and brewery on the first floor and a main bar, restaurant, and outdoor beer garden deck on the second floor.