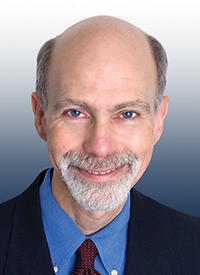 REALTORS are bound to abide by the Code of Ethics and Standards of Practice (the code) of the National Association of REALTORS.  If a REALTOR has a contractual dispute with a client or another REALTOR, the REALTOR is required, pursuant to Article 17 of the Code, to mediate the dispute. If mediation fails, the dispute is then arbitrated rather than litigated.  Because the vast majority of commercial brokers and agents are not REALTORS, they are not bound to follow the code. Instead, they are free to litigate their contractual disputes unless the parties, on their own or with the assistance of counsel, agree to engage in mediation and/or arbitration.  Most of the time, however, parties elect to litigate.  But is litigation the most cost and time-effective method of addressing a contractual dispute between a broker and her client?  While that may be true in some cases, this writer believes from his own experience as an attorney representing commercial brokers that litigation is often needlessly expensive and time-consuming.  Here are a couple of examples drawn from my own practice.

I had the opportunity to represent a broker who had entered into a listing agreement with the owner of a large commercial property. From my client’s perspective, the agreement bound the owner to pay a commission for any lease entered into during into the term of the agreement, as well as for any subsequent lease entered into with the same tenant for the same property.  A few years after the broker was paid a commission, the broker came to learn that the tenant entered into another lease that the broker believed fell within the terms of the listing agreement.  The broker then billed the owner for a commission on the new lease.  After the owner refused to pay the invoice, arguing that the listing agreement did not require commissions on future leases, the broker sued for breach of contract.  Because hundreds of thousands of dollars were potentially at stake, the matter was actively litigated.  Two years into the litigation, the parties wisely agreed to settle, thereby avoiding the uncertainty of a trial and the possibility of an appeal.  It is my opinion that the matter could have been resolved far more quickly – and with less expended in attorney’s fees – if the listing agreement had contained an arbitration provision.  This provision could also have provided that the attorney’s fees of the successful party must be paid by the losing party.

My second example concerns a dispute with a smaller but nonetheless significant commission at stake – approximately $20,000.  In this case, after the broker brought a commercial tenant to the landlord and the lease was executed, the landlord claimed he could not afford to pay the full commission.  Arguing that the broker didn’t do much anyway to deserve a full commission, the landlord wanted to renegotiate the terms of the listing agreement.  At this point, the broker was faced with a Hobson’s choice.  If she sued the landlord, it was conceivable that she could spend as much in attorney’s fees as she would recover from the landlord – and then have to spend even more money to enforce a judgment.  Alternatively, and just as distasteful, the broker could avoid litigation simply by acquiescing and accepting less from the landlord, the rationale being that getting a third of her commission was better than no commission at all.  As you may have guessed, my view is that the broker could have avoided having to make such a decision if the listing agreement had contained an arbitration provision.

While most property owners accept their responsibilities and pay the full commission promptly when invoiced, there is the occasional bad apple.  To be better prepared for that possibility, I recommend that commercial brokers who are not REALTORS consider revising their standard listing agreements to include arbitration provisions that require the payment of attorney’s fees to the winning party.

Michael Albano is the chair of the real estate brokerage group at the law firm of MacDermid, Reynolds & Glissman, PC, Hartford, Conn.