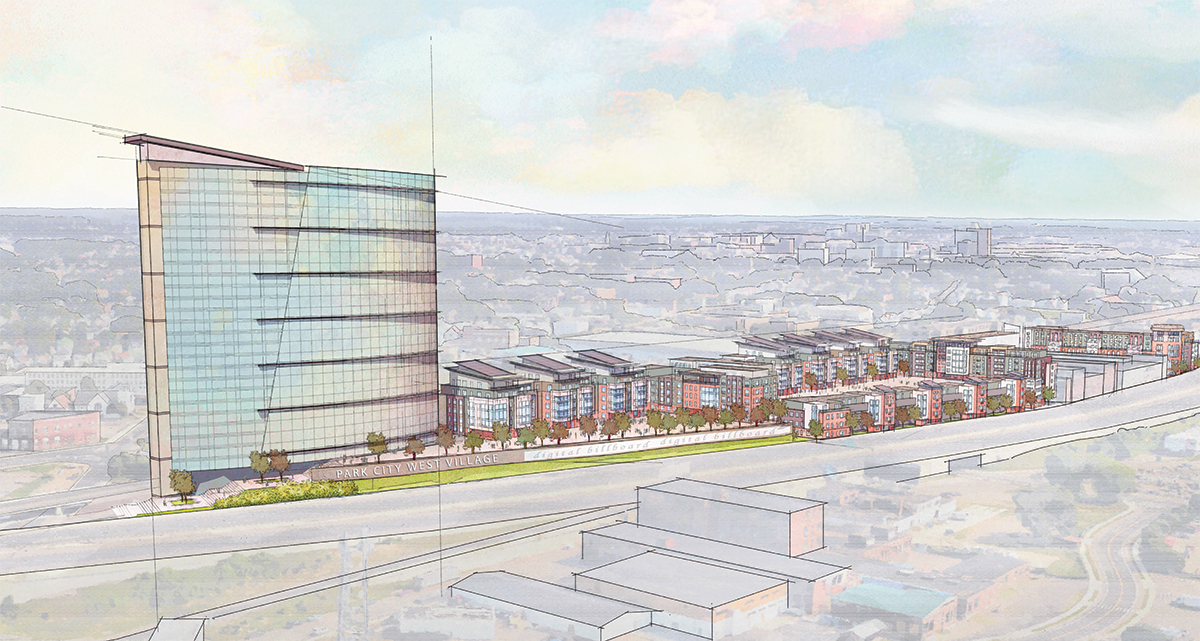 Bridgeport, CT When this project was first proposed more than four years ago, plans to convert former factory buildings on the west end of the city into a mix of apartments, retail spaces and a charter school, it was met with much skepticism. Fast forward three years to January 31, 2017 when the official groundbreaking for the Cherry Street Lofts project was applauded by city and state dignitaries. A year later, Phase I of the project is over 55% complete and will meet its scheduled finish date of December of this year.

Located within a city block bordered by Cherry St., Howard Ave., Railroad Ave. and Hancock Ave., it was the former home of the American Gramaphone Company which operated on the site from 1870 until 1934. Eight Additional buildings were constructed on the property from the 1930s and many different tenants occupied the industrial spaces until it became vacant in the 1980s. The repurposing of rundown industrial properties into mixed-use development is not a new concept, but this endeavor is taking on a new commitment through the transformation of a vast site that has been an eyesore for decades. The property’s lack of upkeep was in plain view of travelers on the 1-95 corridor and the Metro-North tracks, and was showered with broken windows, graffiti and urban blight.

Phase I of the development, with the cost at $75 million, consists of 157 residential apartments, with 126 units set aside for residents making no more than 60% of the area median incomes, and makes it the first multifamily housing construction in the area in more than a decade. This phase also includes construction of a community facility, a gym and 40,000 s/f of outdoor recreational space. In addition, this project has created over 235 union construction jobs.

The next phase, estimated at a cost of $58 million, will create 154 additional apartments and a new home for the Great Oaks Charter School, along with 17 housing units for the school’s tutors.

The driving force behind this development are Gary Flocco and Geof Ravenstine of Corvus Capital Partners, LLC out of Bridgeport.  The development team also consists of Crosskey Architects, Hartford, who designed the rehab of these historic buildings and General Contractor, Construction Resources (CORE) out of Plainville.