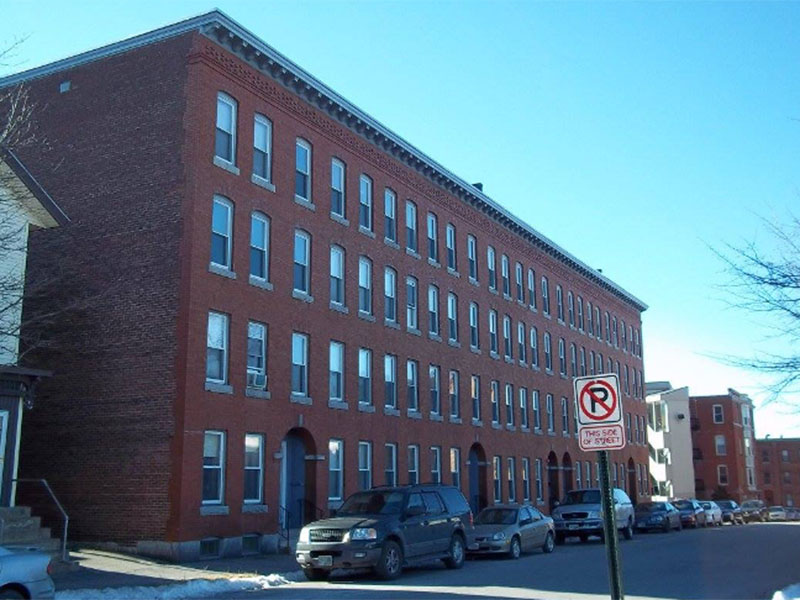 Manchester, NH Cornerstone Realty Capital arranged $13.6 million in financing for the refinance of a portfolio of multifamily and mixed-use properties located throughout the city. The portfolio, compromising 242 units spread across 10 buildings, has a mix of 47 studio units, 85 one-bedroom units, 93 two-bedroom units, eight two-bedroom duplex units, six three-bedroom units, and three retail units occupied by a pub, a laundromat, and a hair salon. The properties include a variety of amenities, such as passenger elevators, private storage rooms, a combination of covered and off-street parking, and on-site laundry facilities.

Patrick Brady, executive vice president with Cornerstone said, “The quality of the collateral pool coupled with the strength and track record of the sponsorship were instrumental in packaging this financing. Not only were the borrowers able to fix an exceptionally low rate for 10 years with a non-recourse structure, they will also benefit from a full-term interest only period. The marketplace for lending on workforce housing remains incredibly strong throughout New England.”

In addition, Cornerstone Realty Capital arranged $4.4 million in financing for the construction of a mutifamily property in Allston, Mass. The 8,301 s/f lot currently consists of a two-and-a-half story apartment building that includes three residential units. Once construction is complete, the property will comprise a 12,785 s/f three-story apartment building. The newly constructed building will feature nine residential units with a mix of one 553 s/f one-bedroom unit, two two-bedroom units consisting of 739 and 836 s/f, one 1,034 s/f three-bedroom unit, one 1,076 s/f four-bedroom unit, two four-bedroom units, with an additional study, ranging between 1,196 and 1,198 s/f, and two 1,267 s/f five-bedroom units. The units will be highlighted with dark hardwood flooring in the kitchens, living areas, and bedrooms, and all the rooms will be accented with crown molding. The kitchens will feature granite countertops, custom cabinets, and high-end stainless-steel appliances. The bathrooms will consist of dark wood vanities and custom tile surround showers. The property will offer six covered parking spaces that will be rented to tenants for additional income. Residents will also benefit from in-unit washers and dryers, and five of the nine units will include private decks or patios.

Andrew Saccone, executive vice president at Cornerstone, said, “Well located, the development will feature a modern and contemporary design to transform a property which was under managed by the previous owner. The design, plan, and reputation of the Sponsor allowed Cornerstone to secure a competitive financing structure including 24 months of interest only followed by a 30-year amortization schedule.”