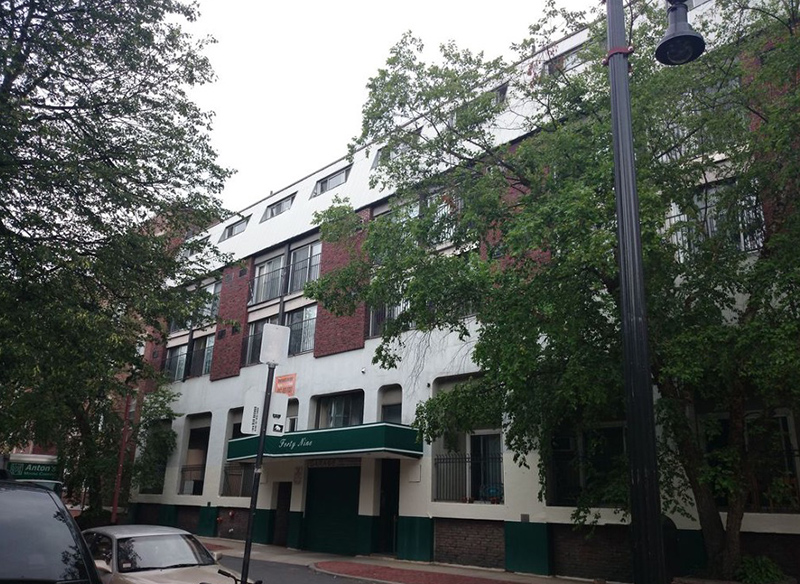 Boston, MA Cornerstone Realty Capital arranged $15.8 million for the refinance of a 47-unit apartment property located in the Fenway neighborhood of the city.

The property consists of a single, four-story apartment building and contains a mix of studios, one-bedroom, two-bedroom, and three-bedroom units. The building was constructed in 1918, with renovations completed in 2009, 2012, and recently in 2021. It is situated on a .224-acre site and has 22 garage parking spaces as well as coin operated laundry.

The property is 100% occupied and in good condition. Notably, the subject property’s ownership structure is one of a cooperative. However, the cooperative is entirely owned by one individual and absent the legal entity of the cooperative. Currently 32 of the apartments are leased at market rents to Northeastern University. The management company has been housing providers for Northeastern since 2004 and has over 100 apartments leased to the university at any given time.

The subject is in the eastern portion of the Fenway/Kenmore neighborhood near Massachusetts Ave. and Huntington Ave. This location is notable for its proximity to the Back Bay, particularly the Prudential Center and Copley Place. Additionally, Berklee School of Music main campus is located at the intersection of Massachusetts Ave. and Boylston St. and Northeastern is two blocks to the south. Many of Boston’s academic institutions, including Emmanuel, Simmons, and Wheelock Colleges, Boston and Northeastern Universities, and Wentworth Institute of Technology are located within the neighborhood. Additionally, this area is home to many of the city’s finest cultural institutions, including Symphony Hall, the Massachusetts Historical Society, and the Isabella Stewart Gardener Museum.

Paul Natalizio, president at Cornerstone, said, “The sponsor’s experience with similar assets along with the property’s high historical occupancy generated significant interest and a competitive process for finding the right financing solution for our client.”

In addition, Cornerstone arranged $58.5 million in financing on behalf of V10 Development and Churchill James for the development of a 173-unit upscale residential building in Worcester, Mass. The loan transaction was led by Enterprise Bank with South Shore Bank and Webster First Federal Credit Union acting as participants.

The site is located in the city’s Canal District and abuts the recently opened Polar Park baseball stadium. The property will consist of studio, one-bedroom, and two-bedroom units with views into the stadium for games, concerts, and other events, as well as 16,000 s/f of retail space. Additional on-site amenities will feature multiple outdoor patios overlooking the stadium, state of the art fitness center, fire pits, and co-working and lounge areas.

The city is currently undergoing a fundamental transformation from a college-town with strong manufacturing and healthcare elements to a dynamic city with hundreds of new businesses and biotech companies opening facilities in the city.

The population of Worcester grew 14% from 2010 to 2020, making it the fastest growing city over 100,000 people in New England. The city of Worcester has encouraged economic growth through significant investments in its Downtown and in the surrounding Canal District area, including a $14.7 million infrastructure and improvement plan in Kelley Sq. and the $160 million Polar Park development. The significant economic investments, as well as its central location, has led to a robust pipeline of new lab space, institutional multifamily, and many new businesses flocking to the area.

The area immediately surrounding The Cove is one of Worcester’s most desirable neighborhoods, being the home of Polar Park and the Worcester Ice Center. In addition, there are dozens of popular restaurants, as well as a healthy nightlife scene, elite gyms, local cafes, the Worcester Public Market, weekly farmer’s markets, and cultural attractions like walking tours and food tours.

Andrew Saccone, executive vice president at Cornerstone, said, “The location of the site coupled with the strength of the project team, led to significant interest on financing for the project. The thoughtfully designed building with breathtaking views overlooking Polar Park will make The Cove the premier projects in Worcester.”