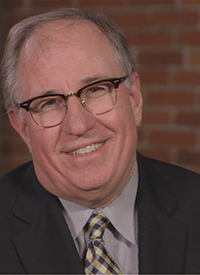 Brockton is not unlike almost every city and town in 2017. The fiscal challenges facing mayors, city councils, boards of selectmen and town meetings across New England are probably greater today than they have been at any time during the past several decades.

Education and public safety are creating more and more demands for funding. Add to that the fact that the population of most communities is aging in place and with that creating a new set of needs and wants.

In Brockton, the answer has been creative partnerships. Several years ago, the city joined with the development community to start the process of revitalizing the downtown. The resulting Downtown Revitalization Plan paved the way for the Transformative Development Initiative (TDI) Partnership which has further strengthened the joint efforts of the city and private partners. In addition, the Brockton Redevelopment Authority (BRA) has moved forward with an Urban Revival Plan (URP) that won City Council approval.

The TDI Partnership is working to bring the proposed 400 car parking garage to reality. Once again, an example of the private development and investment partners joining with the City, B21 and the BRA to answer a need. The garage has won initial funding approval from MassDevelopment.

Once built the new parking will bring an important element to Brockton’s future. It will be the cornerstone for new mixed use investment. The future downtown Brockton will be a place where people will find affordable residences a that within a short commute to Boston and Cambridge, a new and eclectic mix of restaurants, art galleries, studios, entertainment venues, retail and offices.

Beyond downtown a significant and unique approach to community design has been the partnership forged by B21 with the Boston Architectural College (BAC). Through that partnership, Brockton will have a design plan for the city’s oldest commercial neighborhood, Campello. The Campello Design Study will offer property owners a platform to build off of as they consider new designs for their existing buildings, and concepts for yet to be constructed buildings. The public spaces and streetscape are also part of the holistic design approach that will give city planners and developers alike a sense of what Campello will look like with positive progress.

The Brockton Façade Program, a partnership between the BRA, B21 and the city will give property owners a head start by offering financial assistance that will drive the changes in Campello and beyond.

B21, the city and the South Eastern Economic Development (SEED) Corp. have joined forces to offer a business loan program specifically for Brockton based businesses. That combined with the Brockton Main Streets Initiative and a comprehensive technical assistance program is paving the way for start-ups and growing businesses to create a new demand for space in Brockton.

On Wednesday April 5th mayor Bill Carpenter will be hosting a reception and tour for developers and investors to learn more about what the Brockton has to offer and how they can become part of the city’s exciting future.