Burlington, MA Construction of the first building that is part of the two-phase $24 million Burlington DPW and Parks & Recreation Facility project was completed by CTA Construction Managers. The new 34,000 s/f facility has over 9,000 s/f of vehicle storage and 10,000 s/f of workshops including the town’s vehicle repair shop bays. Both Park and Recreation and Central maintenance will be housed in the new facilities filled with increased storage, vehicle wash bay, administrative office space, lunch/training rooms, and locker rooms. 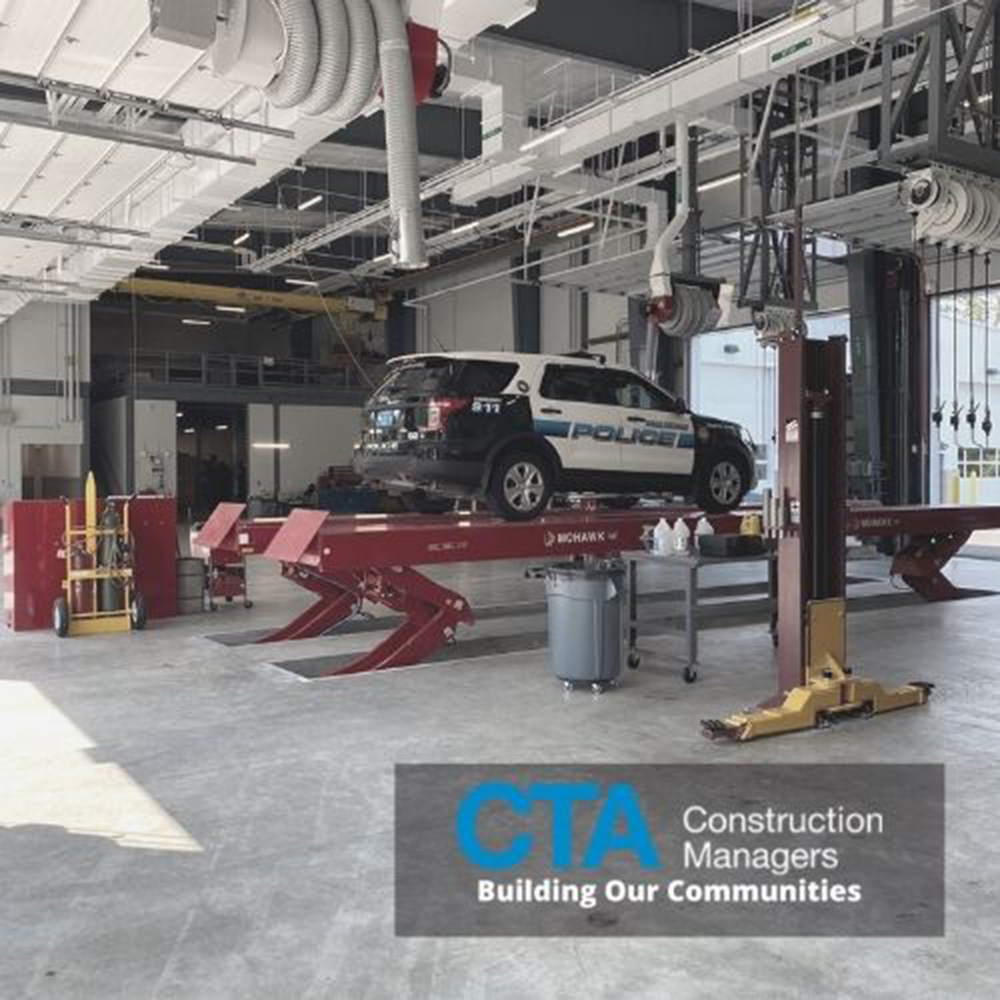 “The facility includes a truck bay wash as well as inside vehicle storage for the town’s vehicles, neither of which the town had previously. Inside storage, energy efficient infrared radiant tube heaters, as well as improved stormwater and runoff management reduce waste, environmental impact, and operating costs overall for the town,” said Kevin Herlihy, project manager at CTA.

“The repair shop bays include numerous vehicle lifts, including a 77,000 lbs. capacity lift for any vehicle in town, including the fire engines,” said Steve Taylor, executive at CTA.

The project also unearthed some interesting finds according to Herlihy. “The site used to house the Clark and Reid moving company, a garage, and repair shop. During construction crews removed 1,600 cubic yards of ledge and discovered two buried vehicles, including an Oldsmobile Rocket 88, one of the first muscle cars built in the 1950s,” said Herlihy.

“The whole project team worked together to coordinate the phased occupancy of the first building on an expedited schedule, allowing phase 2 to move ahead in full force,” said Tim Dorman, owner’s project manager at NV5. “It’s an exciting milestone to see the Parks & Recreation and Central Maintenance operations underway at site 1 while we break ground at site 2.”

“The DPW is pleased that site 1 is complete with the Recreation Department and DPW/Central Maintenance staff settling in,” said Tom Hayes, town engineer. “We are excited site 2 is underway and look forward to a new and substantially improved facility for the department.”

This will be CTA Construction’s third municipal project for the town of Burlington. They previously built the new Memorial Elementary School and completed the addition and renovation of the Marshall Simonds Middle School.