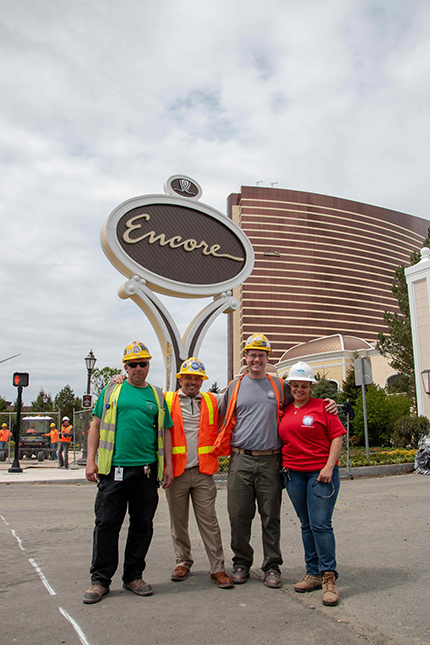 Everett, MA The 127 technical and maintenance workers at Encore Boston Harbor have voted to become members of IBEW Local 103. Some of the job titles at the casino that participated in the vote include slot machine technicians, A/V technicians, electricians and fire control center dispatchers. The vote was 95% yes in favor of forming the union.

“We have seen the real difference the union makes in the lives of working families. Local 103 helped ensure that the workers who built this casino had family-sustaining wages and great benefits, and we know that union membership will give us the opportunity to ensure we enjoy the same. I couldn’t be happier to officially be a union member and to know Local 103 has our backs,” said John Gentile, an electrician at Encore, who is among the workers that voted to join IBEW Local 103 through a mail-in ballot process overseen by the National Labor Relations Board.

The votes were cast through the course of August and were made official recently, once the window for any challenges to the outcome closed.

“We also commend Encore Boston Harbor for allowing these workers a free and fair election process. Management did not interfere with workers exercising their democratic right to choose a union for a better life, and that sends a great message to the public about the kind of employer that Encore Boston Harbor is and plans to be. We look forward to productive negotiations that will help win key improvements for the workforce, and that will ensure these workers have all the tools and training they need to provide guests with the best, and safest experience when they frequent the casino.” 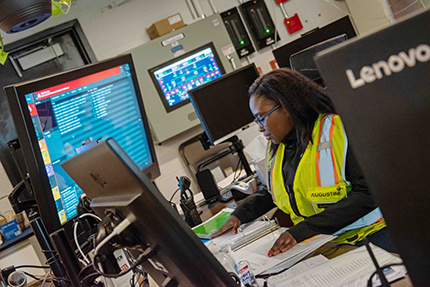 Workers will gain access to a range of training opportunities, courses, and professional advancement opportunities available through the unions, and will soon enjoy the benefits of a union contract.

Encore Boston Harbor reopened its doors on June 12 after closing in April due to statewide COVID-19 restrictions. While shuttered, the casino implemented several new policies, including new social distancing rules and plexiglass dividers, to reduce the ability of the virus to spread indoors. As part of Massachusetts’ Phase 3 reopening plan, casinos such as Encore were permitted to reopen if they adhered to specific guidelines detailed by the Massachusetts Gaming Commission.

IBEW Local 103’s recruitment efforts in recent years have not only expanded to include more full-time workforces like the recently organized group at Encore Boston Harbor, but have also been centered on increasing representation for women, people of color, and veterans within the Local. Under the leadership of Antonellis, the union recruited its most diverse apprenticeship classes ever over the last three consecutive years, and has continued to expand the number of minority-owned contractors that are signatory to the union.

IBEW Local 103 is among the fastest-growing unions in New England, and has been recognized for the last four consecutive years as being among the fastest growing Locals with the International Brotherhood of Electrical Workers.

This week's columnist:
Marketing done right gets your calls answered - by Chuck Sink