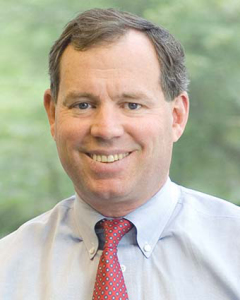 2015 saw a continuation of a healthy build-to-suit market.  Highlighted by large office projects along I-95/Rte. 128 from Burlington to Needham to the tune of 1 million s/f and large distribution centers along I-495 in southeastern Massachusetts and New Hampshire, 2015 was a very good year for build-to-suit projects.

TripAdvisor, Clarks Shoe, Wolverine, Vistaprint, and Thermo Fisher Scientific made the moves to new, impressive, and well-designed multi-story office buildings in very prominent locations on Rte. 128. These buildings were designed to achieve the branding, work, eat, and play environment millennials are drawn to in order to attract the best and brightest in a very competitive marketplace. At the CBRE Market Forecast Program held at the Intercontinental Hotel in Boston on January 7, 2016, the Boston-Cambridge area was identified as number one in the country for hiring millennials. Throw in the 14 million s/f under development in Boston and the Seaport District, and one could come to the conclusion that eastern Massachusetts is in the midst of a building boom – the largest, most dynamic period of commercial construction in Boston’s history. Add Cambridge to the mix for laboratory and office space for the likes of Google, Facebook, Microsoft, and multiple world leaders in pharmaceutical and biotechnology including Pfizer, Bristol Meyers, and Sanofi, and high-rise construction cranes are now hard to find if you need one.

So what happened outside of Rte. 128? Major office projects included a new three-story corporate support center for TJX at their Framingham campus; Atlantic Management saw major renovations and upgrades at their Marlborough campus with GE and Quest Diagnostics occupying over 480,000 s/f; and MathWorks decided to build a three-story parking garage on the former Boston Scientific site prior to full demolition of Boston Scientific’s former headquarters to make room for two new facilities in the same image of MathWorks’ Apple Hill Campus in Natick.

In the manufacturing, industrial, warehouse, and logistics center market, Amazon gets the gold star with the groundbreaking for their 1 million s/f distribution center in Fall River this past fall. Potpourri is about to occupy a 350,000 s/f facility in Littleton; Southwick took over a 140,000 s/f former Lowes building in Haverhill for the world-wide production of Brooks Brothers suits; Victory Packaging occupied a new 250,000 s/f building in Bellingham; The Boston Globe is renovating the 300,000 s/f building at 300 Constitution Dr. in Myles Standish Industrial Park for their printing operations; and, two streets away, Martignetti Companies is building a 650,000 s/f headquarters and automated liquor distribution center.

I have been a member of this wonderful commercial real estate community for more than 36 years, and I have never seen this dynamic of a construction market in eastern New England. Given the velocity of the past 12 months, I do not see this pace being sustainable. This boom was a combination of pent-up demand, good balance sheets, cheap interest rates, an abundance of capital chasing every deal, and a general sense of now or never. Not including backlogged projects, I foresee a decent year for the build-to-suit commercial construction market, but volume will be lower than 2015 for projects commencing in 2016.

Land sites are getting tight, as three of the largest industrial-zoned sites in Massachusetts totaling more than 200 acres are now off the market for new projects. This will make site searches for large footprints even more difficult. Construction costs will be slightly up 3-4% from 2015. The reduction in oil prices has helped keep this to a modest increase, as materials have not spiked.

As this goes to press, GE just announced their headquarters’ move to the Seaport and Innovation Center. It’s good to be in Boston right now.