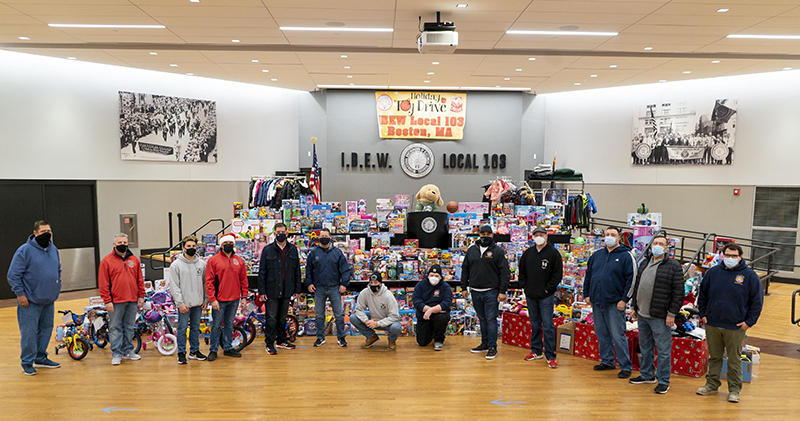 Boston, MA The International Brotherhood of Electrical Workers (IBEW) Local 103 donated hundreds of new toys to the 7th Annual Friends of Mayor Martin J. Walsh Holiday Toy Drive, a charity initiative which aims to ensure that each Boston resident family may provide toys to their children for the holidays. 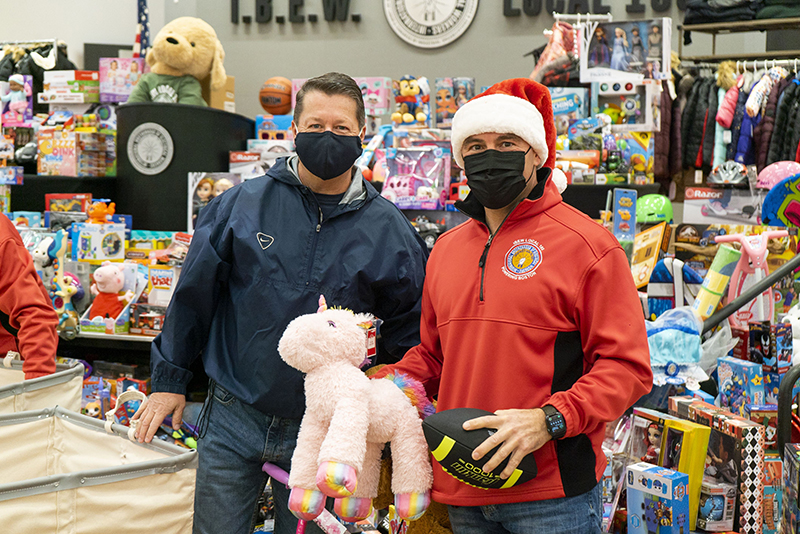 Against the backdrop of the ongoing COVID-19 pandemic and widespread unemployment, IBEW Local 103 used the dedication of members, staff, family and friends to top the union's 2019 donation, which the mayor described as "two truckloads." 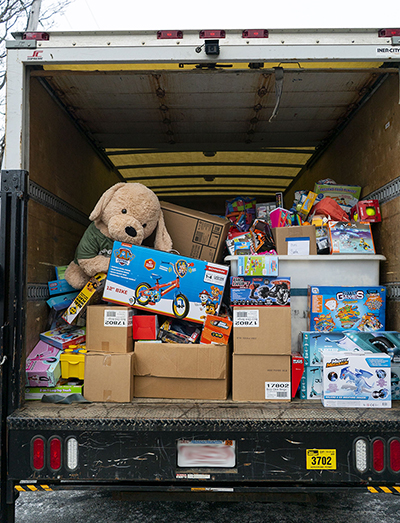 “On behalf of the City of Boston I would like to thank all of you for your generous donation," said mayor Martin Walsh to IBEW Local 103 members and staff at the Union Hall. “This has been a year filled with challenges for so many families due to the COVID-19 pandemic. But this toy drive is a reminder that in Boston we take care of those in need. These gifts will help ensure that we make this holiday season a special and joyful one for our city’s kids.”

Dorchester-based IBEW Local 103 sent out the call for donations to its members via social media, email, quarterly newsletter and more to gather hundreds of toys for the Mayor's charity initiative. Mayor Walsh started the annual toy drive during his first year in office in 2014, and all proceeds go directly to Boston area families in need.

In addition to collecting toys from members, IBEW Local 103 also purchased new toys for the charity drive, in order to make a greater impact.

The toys were collected at the IBEW Local 103 Union Hall in Dorchester, as well as at the new Verizon Tower construction project at the Hub on Causeway.

"It was amazing to finally get all the toys together and load up the trucks" said IBEW Local 103 business manager/financial secretary Lou Antonellis. "Our members understand how fortunate we are for our union and for the security we have as members. We love to take every chance we can get to give back to those in our community that are less fortunate. It's what the holidays are all about."

This week's columnist:
How to differentiate your company with marketing - by Chuck Sink