IFMA Boston hosted its second annual Cocktails & Cornhole on the Lawn event at Rivers Edge in Medford on October 12th thanks to the hospitality of Preotle Lane LLC and Agero. We were treated with a beautiful fall afternoon at a gorgeous location. Food and drink was provided by The Porch, which was on site and the cornhole tournament was hosted by Wicked Cornhole.

Twenty-six teams entered the single elimination tournament. There were many epic battles and a ton of fun was had by all. In the end, our returning champions Chris Pestana of CBRE and Athene Sirivallop of Harvard, could not hold on to their title.

The two teams that played out in the championship battled while the sun was setting. But their ingenuity prevailed as they used their cell phone flashlights to illuminate their cornholes. Nothing was going to deter these two teams.

In the end, well after sunset, Graham Keefe of Redgate and Nick Gearin of Lee Kennedy took the title of champion and Mike Zechello of Mathworks and John Mariano of Williamson Pump & Motor came in second. This is Mike’s second, second place finish. A force to be reckoned with for sure!

We would like to thank our presenting sponsor for the festivities–MovePlan Group and additional underwriting from BELFOR.

We hope you will join us next fall for our 3rd Annual Cocktails & Cornhole on the Lawn Event!

Interested in volunteering with our Development team on planning our special events? Next Up will be our 20th Annual Awards of Excellence event in May! Just email us at [email protected] 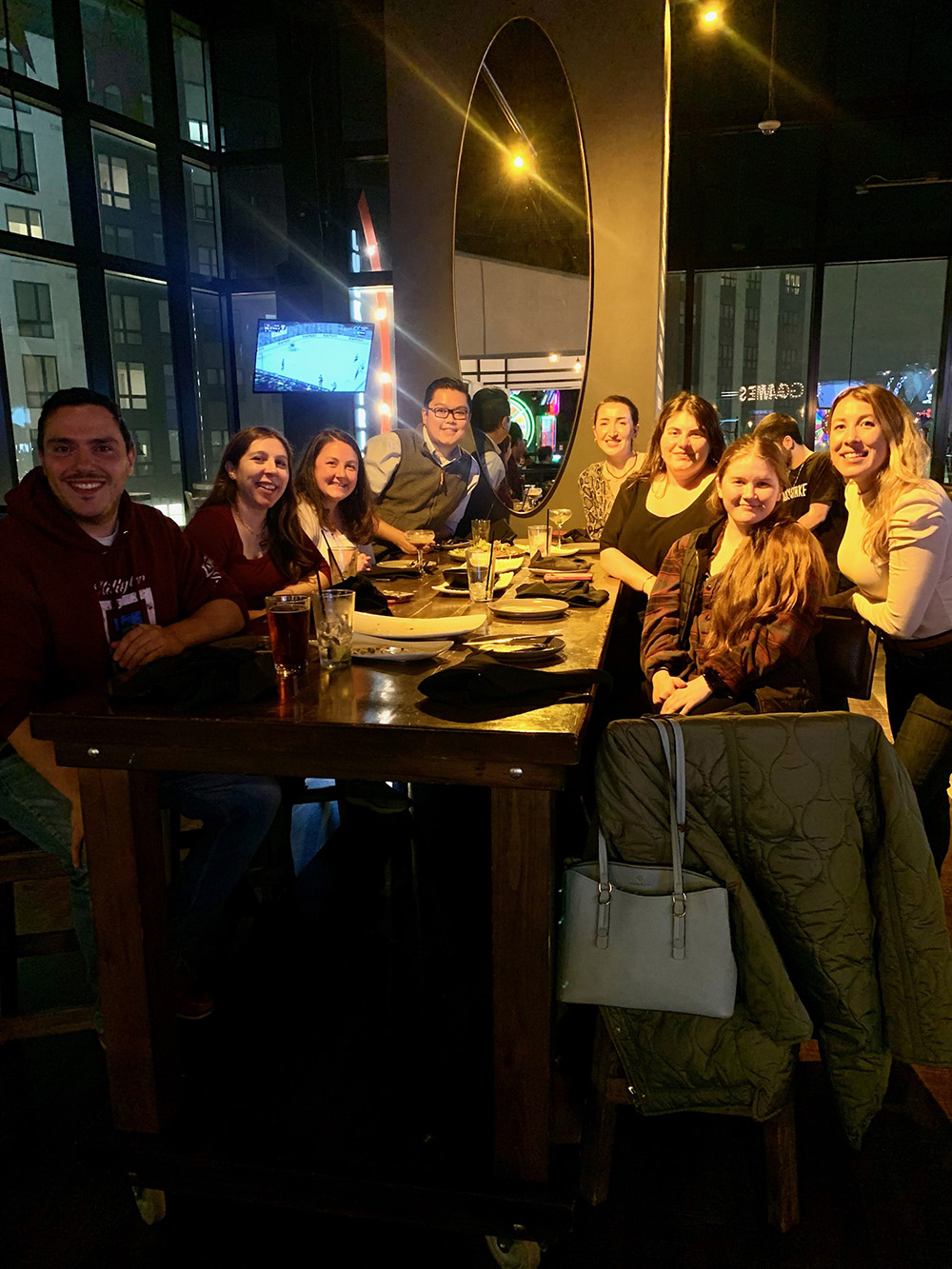 A small, but mighty group of young professionals, met at Lucky Strike in Somerville to network and enjoy some play in a casual setting to brainstorm upcoming programming that they would like to see this programming year! Want to learn more about our Young Professionals Network and how you can get involved? Email us at [email protected]