According to the report, total retail real estate inventory in the region experienced a modest decline this year to 196 million s/f, a drop of 0.2%. The occupancy rate was 90.6%, a slight increase from the prior year. Hobby Lobby was the retailer adding the most new space in the region, adding 106,600 s/f in two new stores. The medical and dental category led all retail categories in added square footage, with health and fitness services in second place. Restaurants lost the most square footage in the region, contracting by 541,500 s/f.

“Notable store closings in the region were Sears and Macy’s, which closed a combined four department stores; Fallas, which closed all of its six stores; and Rite Aid, which netted 26 fewer stores. Restaurant chains experienced considerable consolidation, led by Subway, Papa Gino’s, and D’Angelo’s,” Sheehan said. “The region should expect to see more fallout from the impact of e-commerce and the inability of retailers to react to it. While there are undoubtedly some major bright spots, it will likely be another volatile year.” 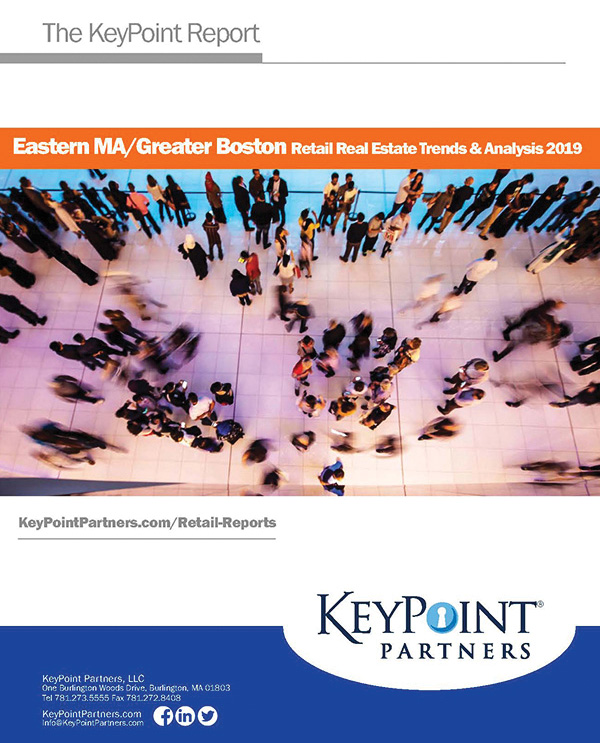 The KeyPoint Report is based on Keypoint Partners’ GRIIDÔ, a source of retail market knowledge that maintains detailed information on virtually every retail property in key New England markets. The Eastern Massachusetts Report includes 189 cities and towns, representing more than 3,500 square miles (44% of Massachusetts’ land area) and approximately 5.3 million people (77% of the state population).

The complete KeyPoint Report can be accessed at KeyPointPartners.com. The KeyPoint Reports for Southern New Hampshire and Greater Hartford, Connecticut will follow shortly.