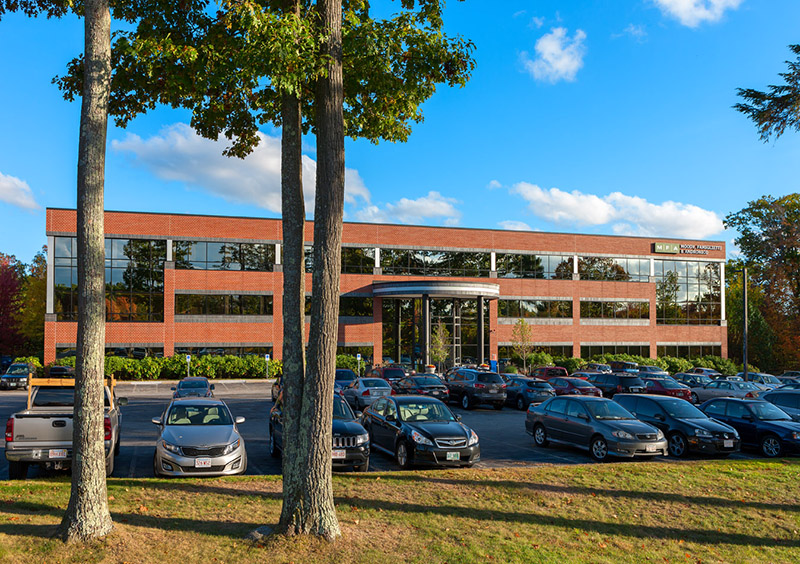 Tewksbury, MA Mike Marcone of Marcone Capital, Inc. has arranged the $27 million financing of Highwood Office Park, a property consisting of a 278,859 s/f, three building, high quality office park. Highwood Office Park is located off of I-495 and near I-93 and Rte. 3, and 18 miles northwest of Boston. The property is situated on 17.7 acres. There are numerous restaurants, service and day-time amenities located near the property, including Cracker Barrel, LongHorn Steakhouse, 99 Restaurant, Dunkin Donuts, McDonald’s and Wendy’s, among many other local establishments.

The property has been well maintained with the owner having spent, in just the last two years alone, $1.75 million on upgrades to the lobbies, common areas, parking, exterior landscaping, and the addition of new conference and game rooms. Highwood Office Park presents tenants with efficient floor plates,  parking and on-site amenities including a fitness center with lockers and showers, café and a full-service Holiday Inn (227-rooms) hotel. The neighboring Holiday Inn also offers conference facilities accommodating up to 350 guests.

The property is managed by KS Partners, LLC, which is owned by Kambiz Shahbazi. KS Partners, LLC is a holding company that owns and operates over 5 million s/f of commercial property located in the northeastern United States.

The non-recourse financing was provided by a Connecticut based bank.

Marcone said, “In recognition of the quality of the property and the sponsor, the lender provided a flexible, non-recourse loan. The borrower was very happy to close another loan with this lender who has been a valued source for my client for many years now.”

The amenities offered by Highwood Office Park makes it one of the most toured properties for regional and national tenants seeking a headquarters quality environment north of Boston. The property is leased to 14 high quality regional and national tenants. The largest tenants include the headquarters of two well-known companies, Cambridge Isotope Laboratories, an international leader in the production of isotopes and Moody, Famiglietti, & Andronico, one of Massachusetts’s largest accounting firms.