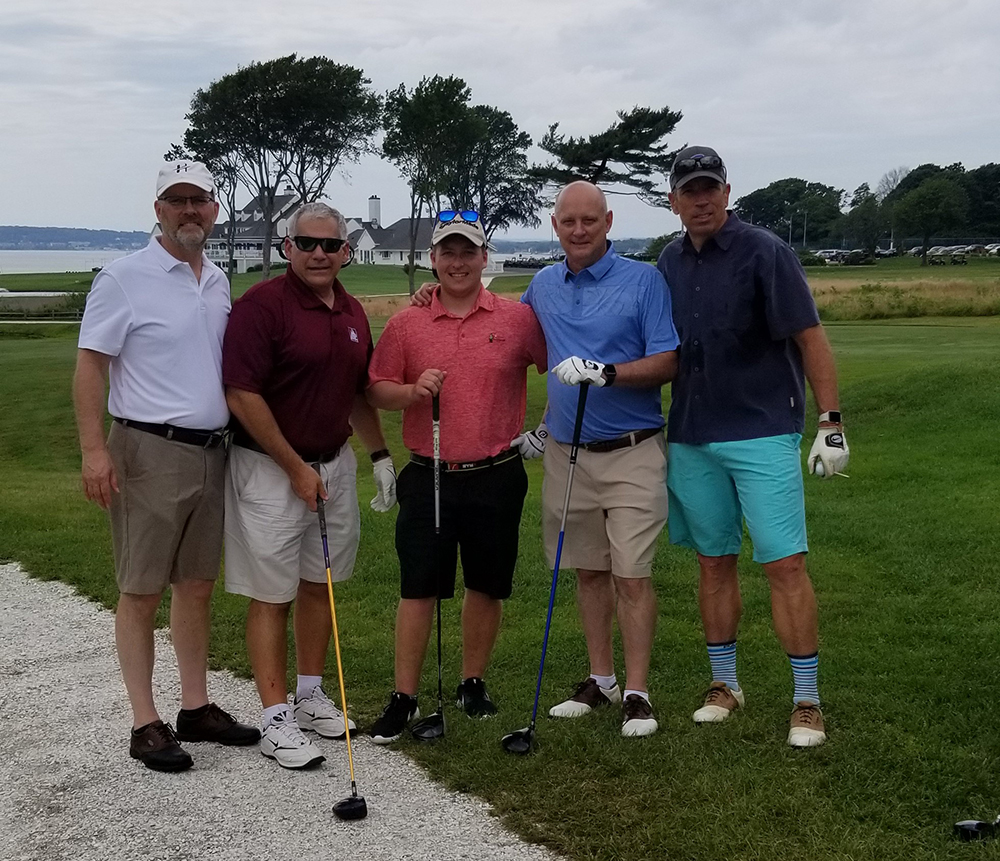 Warwick, RI The New England Chapter held its 30th annual golf outing at the Warwick Country Club on July 22nd. There have been breaks over the years on the golf outing and therefore this event was announced as the 4th Annual Golf Tournament. The venue and course conditions were outstanding with a view of Narragansett Bay/Greenwich Bay. The event has served to introduce prospective members to the culture of SIOR, add camaraderie to the current chapter members and give sponsors an opportunity to sponsors to introduce their services that can assist an SIOR member in transactions. Over 65 members, guests and sponsors attended, far away the largest turnout for this event.

This year’s sponsors for this event included: Bank of America; Dacon; Vantage Builders; Partridge Snow & Hahn; Cushman & Wakefield/Hayes & Sherry; and STV/DPM. They would like to thank each sponsor for making this event a success as over 65 people attended. SIOR would also like to thank Warwick Country Club, a private club that opened its doors for the event and offered great service.

Warwick Country Club was an ideal place to hold the SIOR Chapter event. The club offered an 18-hole Donald Ross designed Par 69, 6,500 yard classic seaside golf course. With views of Narragansett Bay from every hole, the chapter enjoyed every minute of its round. The chapter is thankful to Loreen Swain was organizing the event and registering the members. Each member received an SIOR gift bag with a number of golf and SIOR items provided by the sponsors. The event began at 11:30 a.m. with a lunch reception and finished at 8 p.m. with drinks, appetizers and awards.

Registration was at 11:30 a.m. and golfers had a chance to warm up at the driving range and have lunch in the club house. The attendees were grouped in foursomes and carts were released for a 1 p.m. start time. The format was a best ball net with each player playing his/her own ball. There were three contests. Hole #1 was the Longest Drive. Hole #9 was Closest to the Pin and Hole #15 was a Pink Ball format. Despite the on and off cloudy day with sun, the rains held off. The course was in great shape and accommodated all levels of golfers. The teams finished up around 6:30 p.m. for a reception in the clubhouse with awards.

The dinner reception included drinks, appetizers and seafood buffet. There was a two person bank as well and a deck overseeing the bay. Mike Giuttari and Loreen Liberty thanked everyone for attending to the largest turnout of this event. Sponsors were again thanked for contributing to different venues of the event. Liberty then named the winners of the Best Ball Net challenges. There were prize gift certificates to each winner.

There was a tie for best score: Matt Fair, Ben Gredler, Brian Johnson and Bob Keeley in one group. The other group consisted of Jamie Ciffolillo, Jeff Finan, Brian Mattiucci, and Jay Peabody. The Pink Ball win was also tie with the group consisting of Steve Lacroix, Austin Smith, John Waitkunas and Sparz. The other tie group consisted of Tim Locke, Sandy Pegram, Chuck Reilly and Chris Schenck.

After the awards members and guests mingled on the deck for social interaction until 8 p.m.