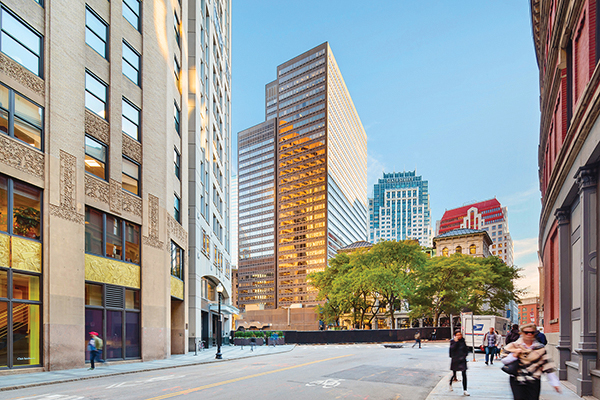 100 Summer St. comprises a 32-story tower with 1.1 million s/f of office/retail space and a below-grade parking garage with 102 parking spaces.

“Significant capital improvements have fully transformed 100 Summer St. into a modern workplace with a brand-new lobby and a top-tier amenity center featuring a coffee bar, gaming areas and a fitness center,” said Maher. “These upgrades have enabled the property to appeal to premier ‘innovation economy’ tenants, generating an impressive 600,000 s/f of leasing velocity throughout the past three years.”