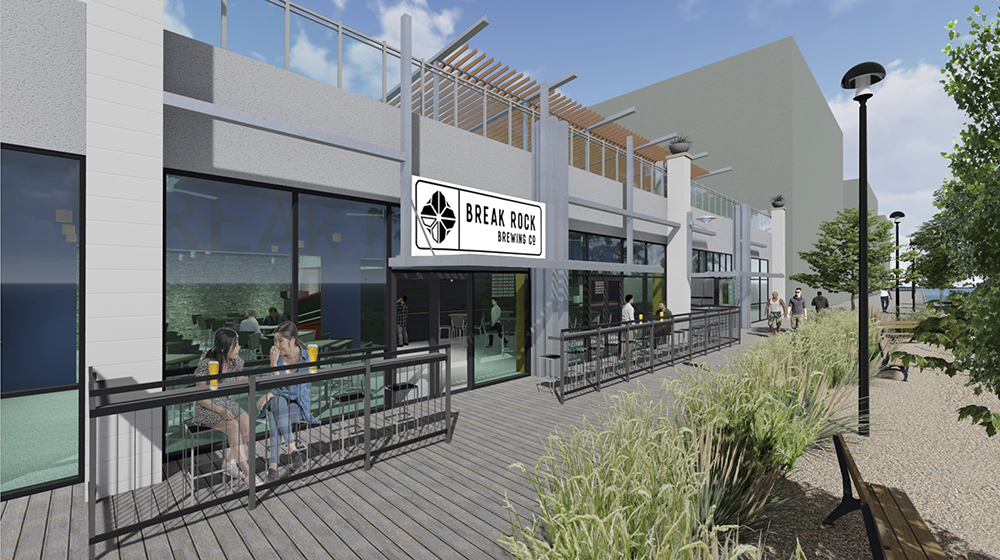 Quincy, MA It is almost time to check ‘craft brewery’ off as a reason for visiting Marina Bay. The city has long been one built by and for the diverse, hardworking communities that call it home. Break Rock Brewing plans to take that theme and run with it; highlighting the city’s unique history and those who make it great.

Phase Zero Design has led architecture and interior design for the Break Rock brand’s first brewery and taproom. Haynes Group recently broke ground on the project and will manage construction efforts on-site. This will be the third brewery that the design/build team has collaborated on. 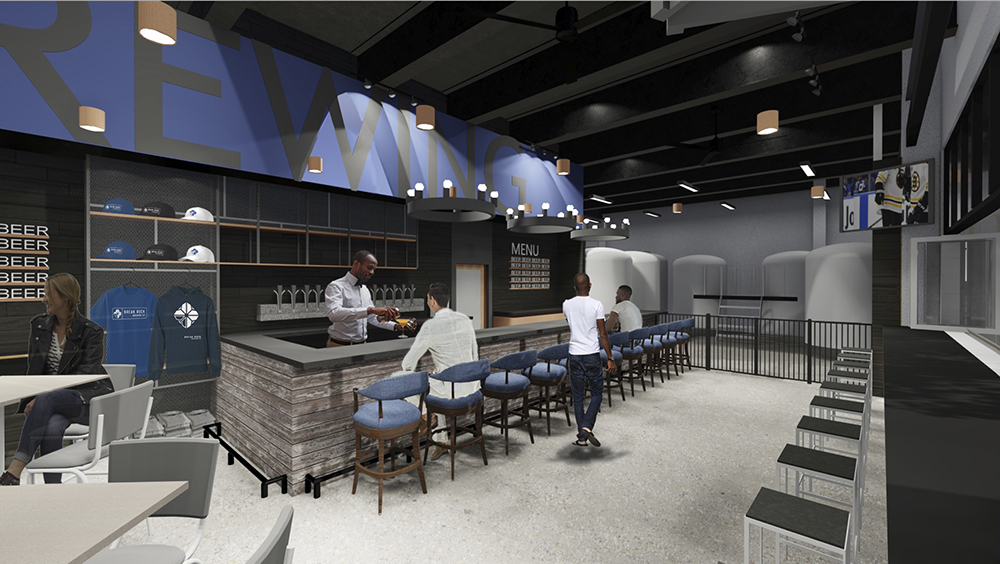 In February of 2019, proprietor Jay Southwood connected with Mark Joyce, associate principal and architect at Phase Zero Design as well as Patrick Andrews, senior vice president of hospitality at Haynes Group. Together, they worked to solidify a vision, goal, and plan to bring the Break Rock brand to life. The project team toured several buildings and unique spaces before pinpointing Marina Bay.

“At our first meeting, Jay pointed out that Quincy was the largest locality in New England without a single craft brewery,” Joyce said, “he also reminded us of its long, storied history as a granite quarrying community. He shared his desire to highlight this, and other aspects of Quincy’s remarkable past.” 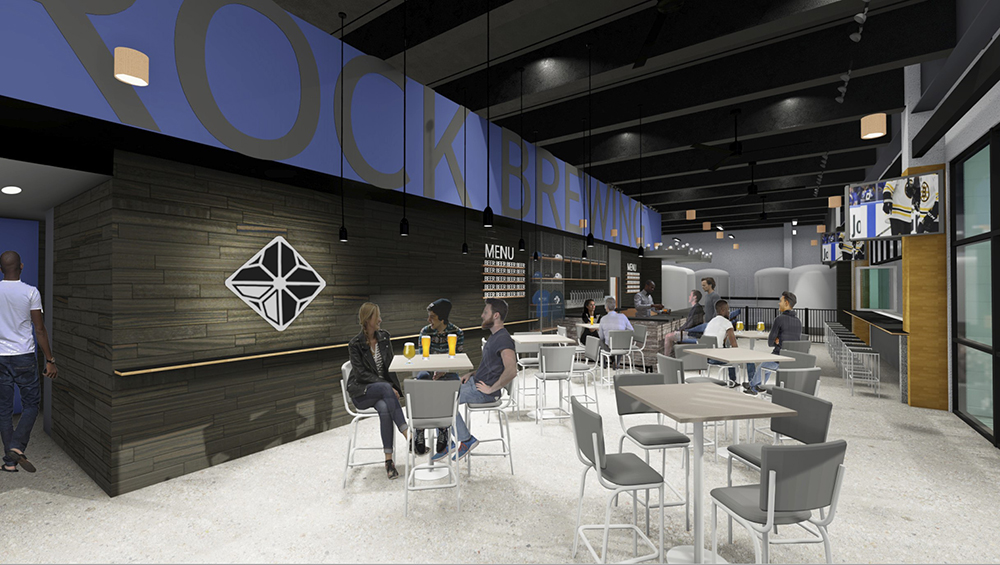 The design of the brewery will pay tribute to the city’s origin through the use of natural elements such as granite and wood. It will also feature bespoke wall graphics and historical vignettes, like a reproduction of Arthur Griffin’s 1938 TIME magazine cover depicting local teens diving off the quarry walls. All while taking advantage of the vast outdoor spaces and sweeping views that Marina Bay has to offer.

“The Haynes Group Hospitality team is uniquely equipped to handle the construction of Break Rock Brewery,” said Andrews, “We’ve built several other breweries throughout MA, each with their own array of challenges—this will be our third with Phase Zero Design and I am confident in our team’s ability to bring Break Rock Brewing’s vision to life.”

Southwood said, “I always knew I wanted to be in beer. I grew up on the South Shore, so Quincy just made sense for me.” His inspiration is simple, “being able to share my passion with this city and the greater South Shore is incredible. Quincy wants a brewery. It is ready for its own.”

“[The pandemic] changed our timing, we were supposed to open last year but that obviously got delayed,” said Southwood, “we are excited to be back on track now. As far as vision, we still want this to be a brewery and taproom focused on the people who support it. We’re starting to see the light at the end of the tunnel.”

Construction on this first-of-a-kind project for the city is slated to wrap up in October. Break Rock plans to open their doors this fall.