Providence, RI Governor Gina Raimondo, mayor Jorge Elorza, labor, business and community leaders joined executives from the Procaccianti Companies and Gilbane Building in downtown to celebrate the “topping off” of the new 9-story hotel marking the completion of construction of the steel structure. Leaders signaled the construction crew to raise the ceremonial tree, an ancient tradition, marking the installation of the building’s highest beam.

“The new Residence Inn is a physical symbol of how far Rhode Island has come in the last four years, and I’m thrilled to celebrate its topping off today,” said governor Raimondo.

The new Residence Inn Providence is part of the Marriott family of hotels. The hotel will offer 176 rooms, with each suite having separate living and sleeping areas. 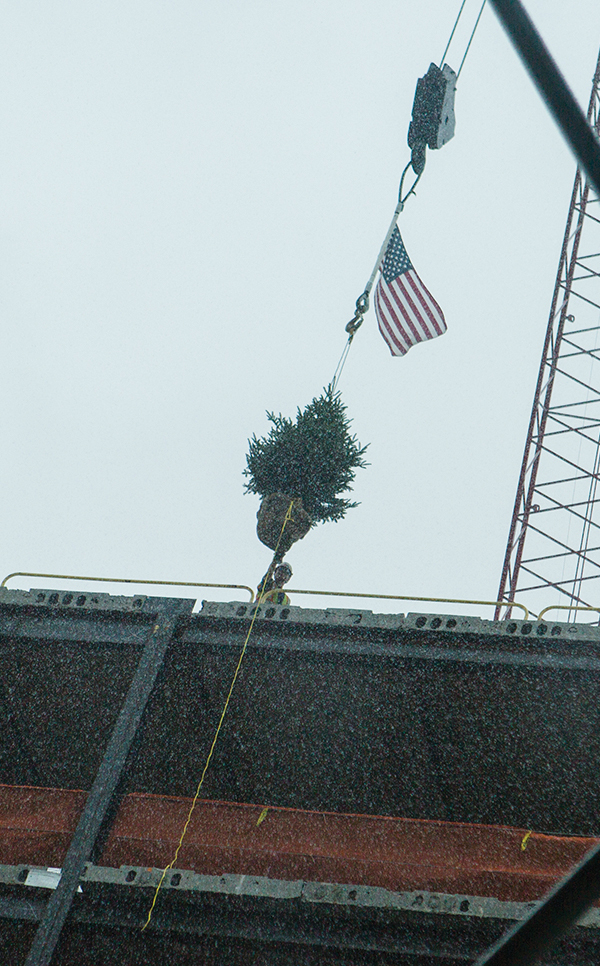 Standing more than 100 feet tall, the hotel will include a street-accessible restaurant and retail which will be open to the public.

The development effort has been championed by the team at the Procaccianti Companies, a nationally-recognized privately-held real estate firm headquartered in Cranston.