Nashua, NH The Nashua Soup Kitchen & Shelter (NSKS) is set to become the first solar-powered nonprofit organization in the city. The NSKS board contracted with ReVision Energy for the installation and operation of a 39.3-kilowatt solar array, augmenting its longstanding commitment to energy efficiency and sustainability while saving thousands of dollars in electricity costs per year. The solar project will include 131 solar panels mounted on both flat and pitched roof sections of the NSKS facility at 2 Quincy St. facility. The system also includes two SolarEdge inverters, which will convert direct current (DC) electricity generated by the array into alternating current (AC) used by the facility. A web-based monitoring platform will allow the nonprofit to track the solar array’s performance in real time. 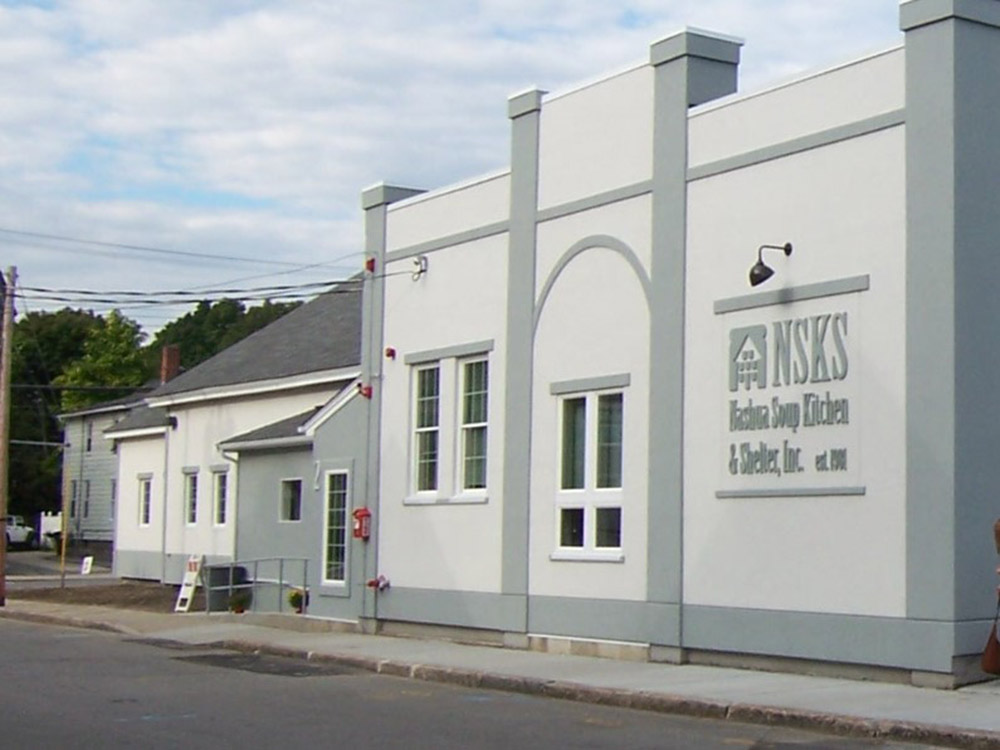 According to NSKS executive director Michael Reinke, “The Nashua Soup Kitchen & Shelter is committed to being a good steward of the earth’s resources. We feed the hungry and shelter those without a home. Our mission is possible only because our volunteers, our supporters, and, as an organization, we are able to direct the generous bounty of the earth to those in need. Partnering with ReVision Energy, we will model best practices and devote even more of our donor’s dollar to helping meet the most basic needs of our community.”

Nashua Soup Kitchen & Shelter is expected to save roughly $176,282 over the life of the system, offsetting a significant share of its electric load. The array is expected to produce approximately 43,080 kilowatt hours of clean energy each year, which is equivalent to offsetting more than 45,000 pounds of carbon pollution.

“ReVision Energy is honored to partner with such a vital nonprofit on the front lines of fighting hunger and homelessness in our community, and we are inspired by their longstanding commitment to sustainability,” said Dan Weeks, Director of Market Development at ReVision Energy. “As a Certified B Corporation, we consider it integral to our mission to make solar and other clean technologies accessible to nonprofits, thereby saving them thousands of dollars a year to do even more of the important work they do.”

ReVision Energy will own the system through a Power Purchase Agreement (PPA) with NSKS. The agreement is an innovative financing tool that allows nonprofits to benefit from solar power on a cashflow-neutral basis. Under the terms, the nonprofit agrees to purchase electricity from ReVision Energy at a fixed rate below its current cost of electricity. At year seven of the agreement, the nonprofit will have the option to purchase the system at a significant discount, enabling the facility to generate free solar power for decades to come.

The PPA arrangement gives the nonprofit the ability to leverage the economic and environmental benefits of solar power while allowing ReVision Energy the opportunity to make community investments that align with its core values of creating positive change in the world.

Going solar is hardly the first step NSKS has taken to save money and be a responsible steward of the environment. After a $2.7 million capital campaign, NSKS completed renovations of a former VFW building in 2014 including comprehensive weatherization and other energy efficiency measures. Its food pantry and community kitchen provide a means to reduce food waste and encourage the consumption of healthy and nutritious food while setting an example for the larger community.

From a financial perspective, the solar array will also benefit the NSKS bottom line. Its current budget includes more than $20,000 a year in electric costs. An investment in solar energy allows NSKS to lower its energy costs and devote more funding to its primary mission of providing food and shelter while reducing its impact on the environment. The project has also received a $7,000 challenge grant from the New Hampshire Charitable Foundation, which is expected to be matched by the Nashua Soup Kitchen & Shelter’s fundraising campaign.

The Nashua Soup Kitchen & Shelter was formed in 1981 by a group of concerned volunteers who were aware of hunger issues in Nashua. The nonprofit is in its 36th year of serving those in need. Learn more at nsks.org.

ReVision Energy is leading Northern New England’s clean energy transition. The company is a Certified B Corporation, using business as a force for good to solve social and environmental issues. Learn more at revisionenergy.com.