SGA to design a four-story addition at 88 Black Falcon Ave. - working with The Davis Companies and MassPort 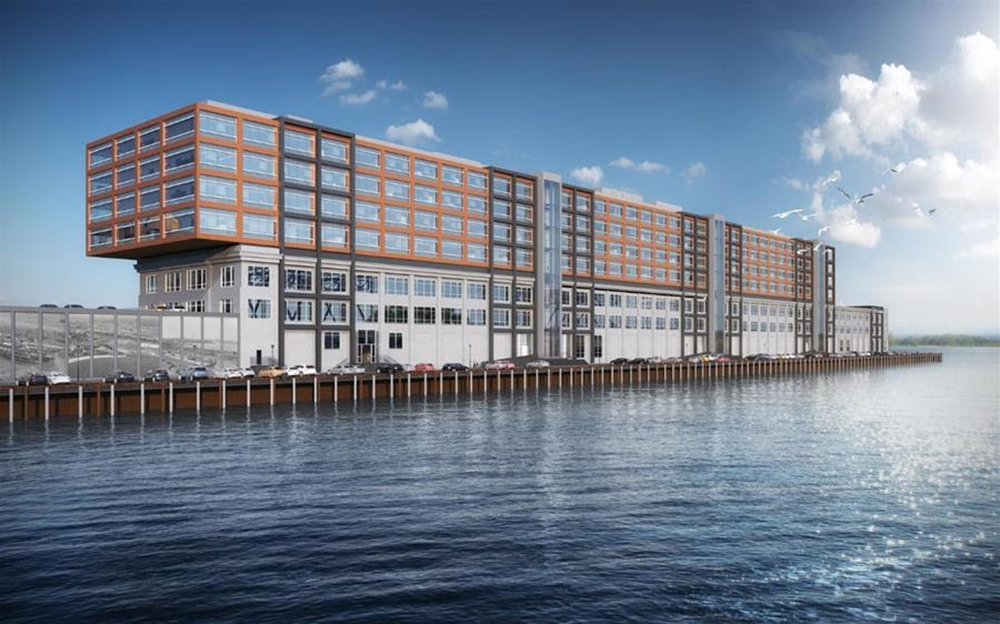 Boston Planning & Development Agency, which approved the project in May, reported that the 88 Black Falcon project in Raymond L. Flynn Marine Park will bring more than $2 million to support affordable housing and more than $400,000 to support job training.

A former army base on the waterfront, 88 Black Falcon is currently a three-story, 353,910 s/f structure that extends eastward into Boston Harbor, and defines the northern end of the MassPort reserved channel, the MassPort cruise ship facility, and the Connolly Shipping Terminal. The addition, designed by SGA, will stack four stories atop the existing building, nearly doubling the amount of rentable space. The proposed redeveloped mixed-use building will boast a total of 684,510 s/f, ideal for office, research and development, laboratory, and water dependent industrial uses.

“We are excited to be a part of this iconic gateway to the city of Boston,” said SGA founding partner Jeff Tompkins, IIDA, LEED AP. “This is a location with a diverse tenant base in a one-of-a-kind urban waterfront environment that will attract water dependent industrial, high-tech, life science, R&D and innovation firms. 88 Black Falcon will also act as a gateway to visitors arriving by cruise ship, highly visible from landing planes as well as improving the public benefits associated with the Boston Harborwalk.”

The proposed design for 88 Black Falcon will incorporate contemporary design elements, exposed structural bracing, expressed elevators and elevator lobbies on the north and south sides of the building. Current tenants will be able to continue to occupy the building, while the new floors are added above. All tenants will eventually have access to expanded amenities, including an on-site cafeteria, fitness center, conference center, extensive automotive and bicycle parking and improved access to the harbor views, fishing area and Boston Harborwalk.

88 Black Falcon is part of the working portion of Boston Harbor which supports Boston’s maritime uses in the form of the Ray Flynn Cruise port, The Connolly Terminal and Coastal Cement as well as the Boston Harborwalk and an active public fishing location at the eastern end of the pier and added second level viewing area at the east end of the parking deck. The project will augment existing Life Sciences, Makerspace, accelerator, food service, and entertainment industries present in the adjacent Raymond L. Flynn Marine Industrial Park.

Current tenants will be able to continue to occupy the building, while the new floors are added above.