Solect Energy is expanding into the southern-most state in New England: Connecticut - by Kent McCord 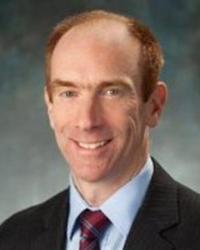 Solect Energy is proud to announce that we are expanding into the southernmost state in New England: Connecticut. With this recent announcement, it is only fit to discuss the solar incentives in the state and how they can positively impact local businesses and municipalities. But first, let’s take a look at the influence solar energy has already had on the state.

The impact of solar in Connecticut

Connecticut’s solar industry has shown significant growth over the years. With more than 147 solar companies, Connecticut has been able to employ nearly 2,000 people with solar jobs. Many large retailers in the state have taken on solar installations as well, including Walmart, Kohl’s, Staples, Target, Walgreens and IKEA.

Furthermore, Connecticut has installed 265 megawatts (MW) of solar energy, ranking it 17th in the country for installed solar capacity–and this momentum is only projected to continue. The amount of solar energy installed in Connecticut is enough to power 36,000 homes. In addition, the state is expected to install 902 MW over the next five years, which would amount to more than five times the amount installed over the previous five years.

The state’s Zero Emission Renewable Energy Credit (ZREC) program has been the prime driver of the commercial solar market in Connecticut, providing a fifteen-year revenue stream for owners of solar energy systems, in addition to the value of reduced utility bills. The ZREC program is administered by the utilities, and in 2016, Eversource’s budget for ZREC projects can support around 80 MW of installed solar capacity. The ZREC program is for commercial, municipal, and industrial projects sized from 25 to 2,000 kW.

The C-PACE program, administered by the CT Green Bank, helps businesses and municipalities access affordable financing for renewable energy systems and repay the investment through an additional charge (assessment) along with their property tax bill. C-PACE offers no upfront costs to upgrade your building, 20-year funding, no payoff upon sale, and the ability to share costs and benefits with any tenants your business may have. Ultimately, the program has significantly helped commercial properties decrease their energy costs, making going solar in Connecticut all the more attractive.

Connecticut has adopted additional incentives to motivate solar adoption including an exemption from sales and property taxes, and a favorable net metering policy which allows solar energy to “spin your meter backwards” and earn credit for solar energy sent to the utility grid during peak solar hours. Coupled with a 30% federal investment tax credit and accelerated depreciation benefits, this combination of incentives makes for a smart, winning financial investment for CT building owners.

With the continuously growing impact of solar energy in Connecticut, Solect is proud to take on a new venture in expanding our services to the constitution state. And as Connecticut makes advances in the solar industry now and in the years to come, we can expect to see many benefits to both the state’s economy and the environment.