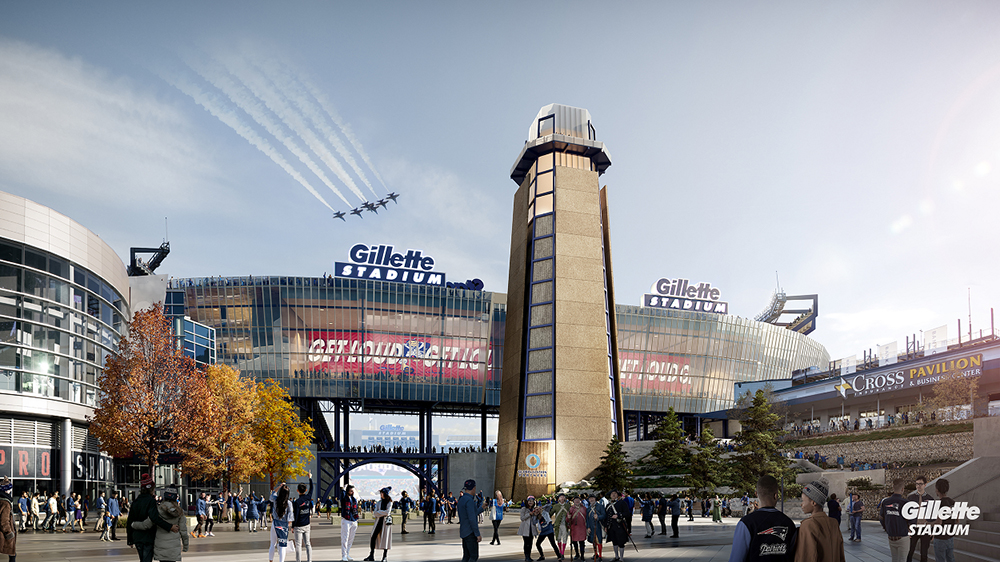 Foxborough, MA Suffolk, one of the largest and most innovative real estate and construction enterprises in the country, has been chosen by the Kraft Group as its construction partner for a major renovation project at Gillette Stadium, home of the New England Patriots and New England Revolution.

Construction of the most dramatic Gillette Stadium improvements since its opening in 2002 has begun in the north end of the stadium. This project will feature a completely reimagined plaza leading into the stadium, including a new and enhanced lighthouse. Inside the stadium, there will be a prominent new HD video board as well as new and improved concession locations and other fan amenities. The construction is scheduled for completion prior to the 2023 NFL season. 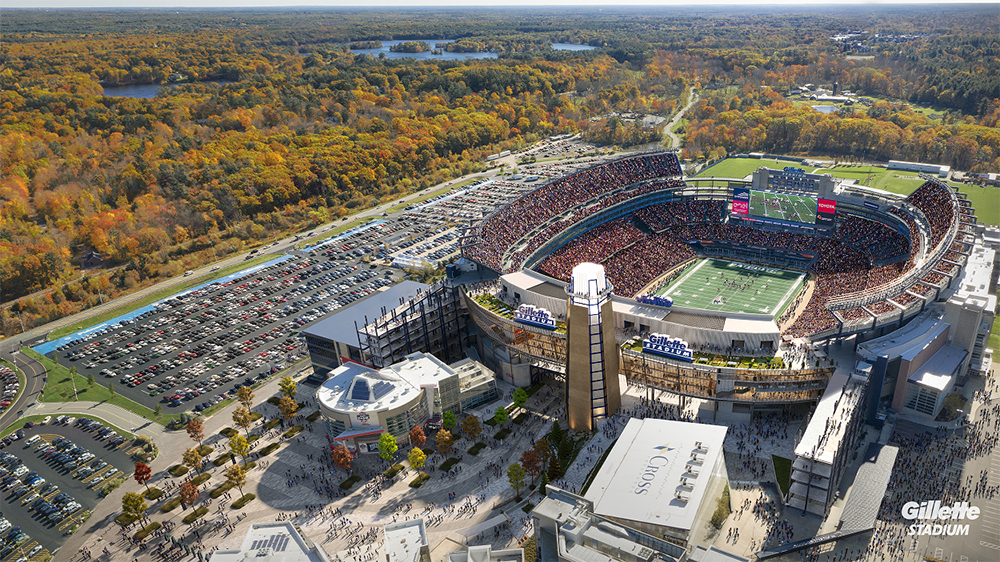 “Suffolk is thrilled to be chosen by the Kraft Group to manage this extensive renovation of the iconic Gillette Stadium,” said Jeff Gouveia, general manager of Suffolk Northeast. “We are honored the Kraft family has entrusted us with this important project, and we look forward to playing a key role in enhancing the experience for Patriots and Revolution fans and event participants at Gillette Stadium for many years to come.”

The transformation of the north end of Gillette Stadium will be defined by 75,000 s/f of glass-enclosed, year-round hospitality and function spaces that bridge the gap between the East and West Putnam Clubs, the Dell Technologies Suite Levels and the upper concourse. All levels of the stadium will have 360-degree connectivity, a feature that is currently only available on the main concourse.

In addition, the renovation will include one of the largest outdoor stadium high-definition video boards in the country, measuring 370 feet by 60 feet. The 22,200 s/f of video board space will be nearly double the size of the new south end zone video board. The curved radius HD video board will provide game action, replays, statistics and fantasy football updates. 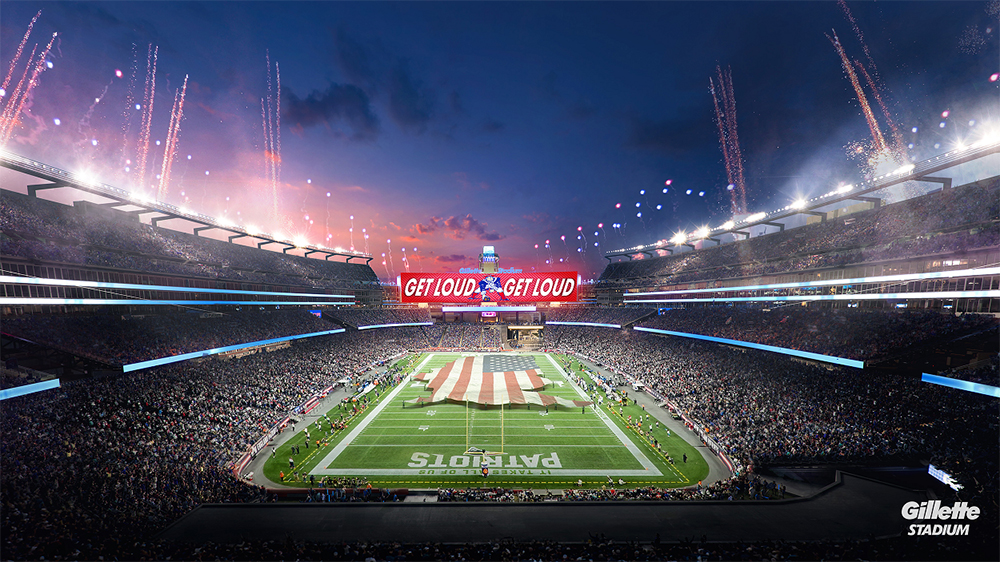 The architectural bridge and lighthouse have served as two of the stadium’s signature characteristics. The new development will feature a larger, more prominent lighthouse that will stand 218-feet high, complete with a 360-degree observation deck at the top that will provide sweeping views of the stadium, game field, Patriot Place and beyond. This one-of-a-kind observation deck will be accessible to fans visiting Gillette Stadium year-round and available for private events.

The fan entrance into the north end of Gillette Stadium will also be revitalized. Plans for this area include relocating the entry gates to create a new fan-activation area upon entry to the lower plaza.

A landscaped staircase will lead guests up to the main concourse, where fans will have a view of the field looking toward the south end zone video board and the New England Patriots’ six Super Bowl banners.

Can we get a big pirate ship and cannons?