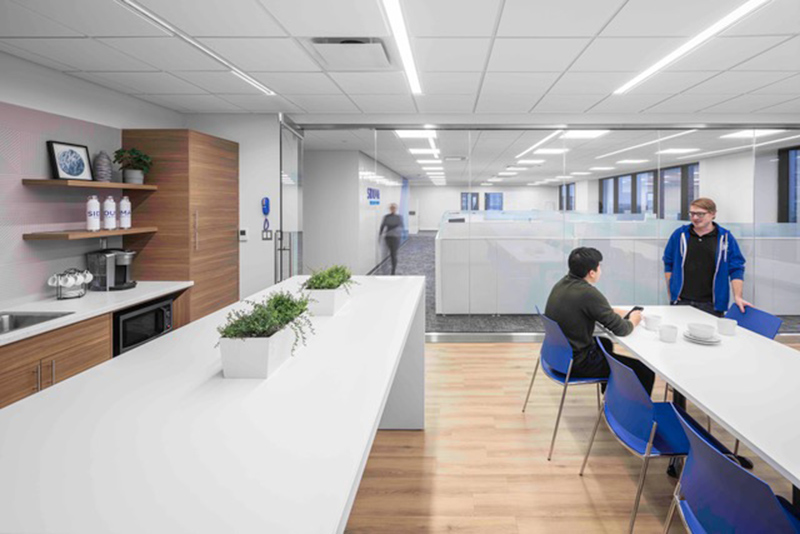 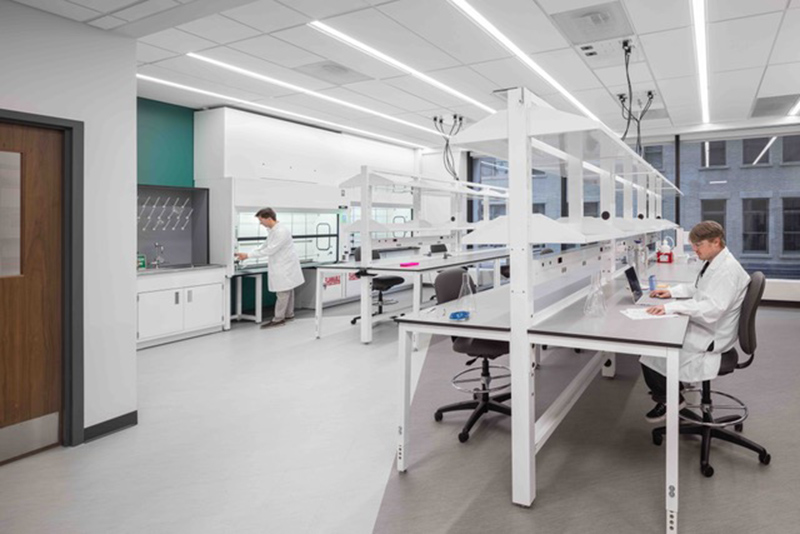 New Haven, CT Architecture, art, and advisory firm Svigals + Partners reveals the completion of several projects at the Elm City Bioscience Center, a fully transformed building in downtown that has been revitalized from an underutilized office building into a vital biotech hub.

From the design of shared and private interior spaces to the graphic elements and branding – including the facility’s new name and logo – Svigals + Partners repositioned the eight-floor building at 55 Church St. on behalf of developer The Hurley Group, establishing its new identity as a modern biotech hub for the advancement of start-up science, laboratory, and research companies.

As one of many partially vacant office facilities that cities and communities nationwide are now grappling with, the New Haven building’s revitalization serves as a model for the smart reuse of semi-stagnant buildings into productive places to help reinvigorate communities, according to Svigals + Partners, leaders in laboratory and bioscience master planning renowned for advancing the city’s dominance in life sciences facilities. 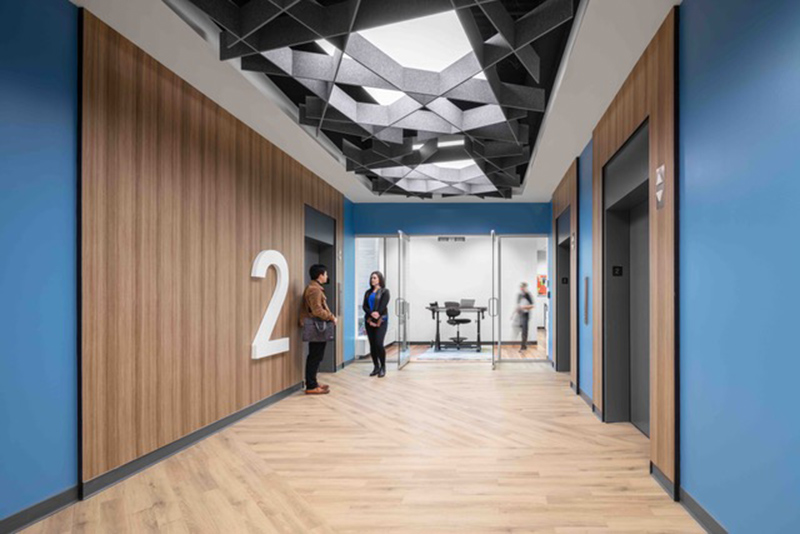 “Transforming this building into an advanced science and research hub enlivened the ninth square neighborhood, creating a dynamic asset for the city of New Haven,” said Alana Konefal. “Elm City Bioscience Center builds on New Haven’s high demand for research and laboratory facilities, and adds to the region’s economy, overall, with the center in proximity to lab facilities at Yale University and Yale New Haven Hospital.”

Elm City Bioscience Center’s newly renovated main lobby, elevator lobbies and corridors welcome tenants into the facility, with more than 100,000 s/f of potential space for start-up biotech companies, including those at BSL-1 and BSL-2 levels. Each lab suite is designed to accommodate workspace outside of the lab, including offices, meeting rooms and break rooms, with the option for multiple tenants to share these spaces. If desired, each 12,000 s/f floor can be halved into about 6,000 s/f for two separate tenants’ offices and labs, and shared amenity spaces.

Each floor’s useable space has been maximized by the design team, ensuring the high efficiency of the building’s utilities and related equipment, while providing flexible layout options. The streamlined approach incorporates adaptable model layouts that can be repeated and readily adjusted to suit each tenant’s lab, research, and office needs without requiring large scale renovations.

Currently, renovations for half of the building’s second floor and the entire eighth level have been completed and are occupied by biotech companies. The floor layouts for these new biotech tenants were modified to accommodate their needs, plus adjustments were made to the interior color palette’s accents. As new bioscience tenants take over spaces vacated by the building’s current tenants, those areas will also be renovated for the new companies’ work, research, and laboratory needs, with adaptations made to the model plan, as required.

Upgrades to the building’s infrastructure were vital to the building’s success. They encompassed upgrading mechanical, electrical, and plumbing systems to accommodate the biotech tenants, along with repurposing existing shafts to meet the tenants’ laboratory equipment and operations requirements. Concealed chases for acid-resistant plumbing and natural gas were also installed through all floors.

Svigals + Partner’s attention to the building’s branding, with new name, logo, and crisp blue and green color palette, distinguishes Elm City Bioscience Center with a cohesive identity and energy, as well as a modern sensibility that heightens its place as an advanced and attractive bioscience hub. A September 14 ribbon-cutting formally announced the facility’s opening.

“We look forward to welcoming these biotech leaders into downtown New Haven and our brand-new labs designed by Svigals + Partners, the area’s premier lab architects,” according to Hurley Group president David Goldblum. “We aim to make Elm City Bioscience Center a community for fast-growing companies graduating out of the area’s incubators and other smaller spaces; and these two companies are a great start.”