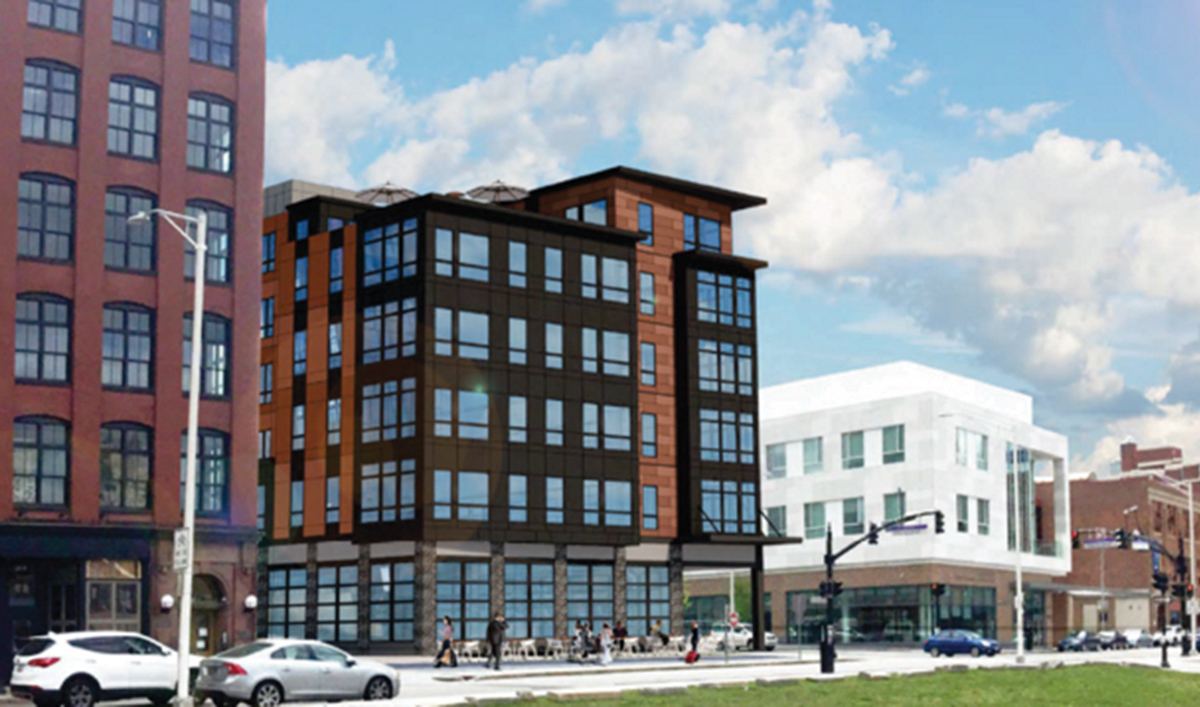 Providence, RI The Architectural Team, Inc. (TAT), experts in urban revitalization and mixed-use development, was selected as architect for a major new mixed-use community in downtown.

Called Chestnut Commons, the six-story, $33 million project is being developed by Waldorf Capital Partners, LLC, and reimagines a vacant lot formerly controlled by the Interstate Highway Commission. Located near Johnson & Wales University at the crossroads of downtown and the city’s Innovation and Design District, TAT’s design for the 116,000 s/f Chestnut Commons creates 92 one and two-bedroom apartment homes, along with over 5,000 s/f of street-level retail and restaurant area and 5,000 s/f of publicly accessible green space. Amenities include a fitness center, resident-accessible roof terraces, and covered parking.

A groundbreaking was held September 28th, and was attended by representatives from the city and the design and development teams.