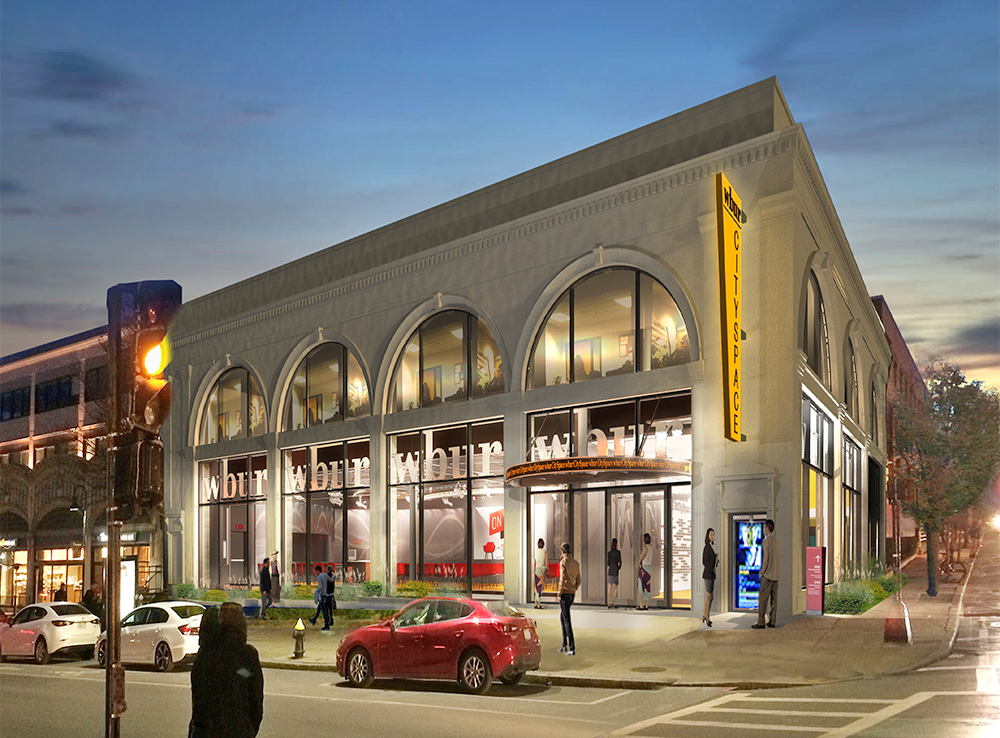 Boston, MA On March 1, WBUR, Boston’s NPR news station, broke ground on a new convening space called CitySpace, a venue for civic engagement, public conversation, artistic performance, and cultural expression. WBUR received a $5 million gift from Jonathan and Jeannie Lavine, the station’s largest-ever single donation since its inception in 1950 as an educational radio station licensed to Boston University, to support CitySpace and the creation of The Lavine Broadcast Center. 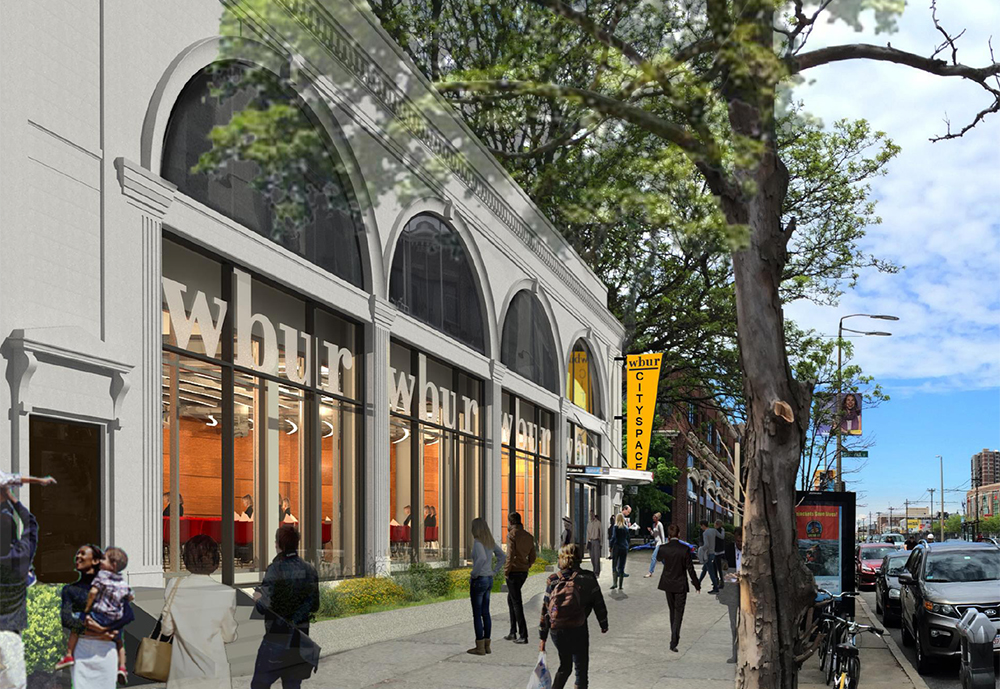 CitySpace will be located at the street level of WBUR’s headquarters at 890 Commonwealth Ave. on the border of Boston and Brookline. Occupying 7,500 s/f, CitySpace will expand how WBUR serves the citizens of Greater Boston, with live events created for the venue ranging from discussions, debates, and lectures, to films, music, artistic performance, youth events and radio broadcasts. Through CitySpace, WBUR seeks to serve up to 30,000 people annually and redefine its role in the 21st century.

CitySpace is designed by the architectural firm, CambridgeSeven, with construction by Lee Kennedy Co, Inc., and acoustical and audiovisual design by Acentech. CitySpace will help meet the city’s urgent need for high-quality, high-tech performance space serving small and medium-sized audiences. It will include an open, flexible seating plan that will accommodate up to 240 guests with audio and robotic HD video technology, robotically controlled theatrical lighting, a hydraulic stage and a video presentation wall 9 feet tall by 16 feet wide. CitySpace will include a dynamic interior design and a glass façade facing Commonwealth Ave.–a window on the happenings within, creating energy and excitement to passersby. Its location on the Boston University West campus, puts near neighborhoods with lots of foot traffic, an MBTA stop and parking at Agganis Arena across the street. CitySpace is slated to open in early 2019.

“We believe that an informed public that engages in spirited dialogue and discussion is vital to a strong democracy,” said Jonathan and Jeannie Lavine. “We see CitySpace as a home for rich conversations about critical issues and opportunities present in Boston and the nation: the environment, education, art and culture, innovation, inequality, public policy and health and science. We are thrilled to play a role in creating this important resource for our community.”

“CitySpace serves as a critical part of our strategic plan to transform WBUR from a ‘radio-centric’ resource into a multi-platform, multimedia organization serving the public not only on air, but also online, on demand and on stage,” said WBUR general manager Charles Kravetz. “We want CitySpace to bring the public together and help break down the silos in our community. We’ll convene diverse thinkers, innovators and performers to engage audiences on critical issues that are shaping the future of Boston and the United States. Greater Boston is home to exceptionally smart, curious, thoughtful people who we believe will be eager to come together, share ideas, learn from each other and connect in person.”

Other lead funders include the Barr Foundation, Josh and Anita Bekenstein, The Davis Family Charitable Foundation and The Gannon Family Foundation.