What are we looking for in 2017? A number of policy changes that will impact the R.E. industry - by Philip Hastings 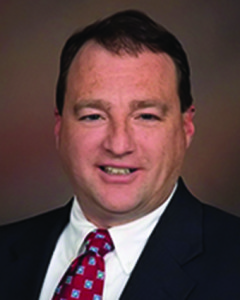 With new administrations in Washington and Concord, we approach 2017 with certain hopes, and fears, for the real estate industry.  We are expecting a number of policy changes at the federal and state level which will be sure to specifically impact real estate ownership and development.  Here are some things we will be looking for in the New Year:

We think that a Trump administration is more likely than not to relax the burden of federal environmental regulations, and we expect that the regulatory agencies (the EPA and Army Corps of Engineers) will take a more constrained view of the limits of their jurisdiction, particularly with regard to wetlands.  At the very least, property owners should be secure in knowing that the scope of the existing regulations will not be expanded.

In Concord, Governor Sununu will have the opportunity to put his stamp on the Department of Environmental Services by naming a replacement to outgoing Commissioner Burack.  We thank Commissioner Burack for being a steady and fair hand at the helm for the past decade.  A new Commissioner can take further steps to make DES a more user-friendly agency with respect to permitting and enforcement, and with the new Governor’s engineering background, we believe he has a clear understanding of the real-world effect of the bureaucracy on economic growth.

The election of President Trump and a return of Republican control to Congress has created a lot of talk about tax reform, both at the corporate and individual levels.  While a reduction in marginal rates and simplification of the tax code should be good for economic growth in general, we also will be looking to see how such reforms effect real estate-specific provisions, such as the mortgage interest deduction and Section 1031 like-kind exchanges.  Even minor changes in the tax code can have big impacts on the real estate industry and on individual circumstances.

At the state level, we might expect the Republican majorities in the State House to push for accelerated reductions in the business tax rates, an effort that began in the past budget cycle and appears to be successful.  Until the election, we had feared that the exemptions to the real estate transfer tax created in 2016 for certain internal reorganizations might be reversed or cut-back.  Fortunately, we now think that this window of opportunity will remain open for some time.

Recent reports continue to conclude that New England, and New Hampshire in particular, have the highest utility rates in the country, which impedes all types of economic development. We will expect the Sununu administration and Republican legislature to craft a comprehensive energy policy for the state, which strikes the correct balance between the need to increase the supply of both renewable and carbon-based energy and preserving an attractive way of life.

The need for more affordable housing in New Hampshire begs for innovative policy solutions.  Last year, the legislature created additional opportunities for alternative housing arrangements with the passage of Senate Bill 146, the Accessory Dwelling Unit law, which will go into effect on June 1.  We will be looking to see whether the legislature takes further steps to create flexible approaches to zoning and curb the sometimes excessive limitations put on the housing supply at the local level.

In Washington, President Obama’s HUD has been pushing under-the-radar regulations, in the guise of “Affirmatively Furthering Fair Housing,” which if fully-implemented would effectively extend the federal government’s reach into local housing policy.  We hope that this federal overreach will be curtailed.

President-elect Trump seems to be preparing for a fairly large-scale infrastructure spending program.  We can hope that such funding will give as much flexibility as possible to the states to direct the money to those bridge and road projects that are most in need and are not unnecessarily targeted to projects favored by the bureaucrats in Washington.

2016 was a year of surprises.  While we will monitor the developments discussed in this article, we are mindful that the New Year is likely to have its share of surprises as well.  A team of high-quality real estate professionals can help guide you through whatever 2017 has in store.

Philip Hastings is the president and a shareholder and director of Cleveland, Waters and Bass, P.A. Concord, N.H.