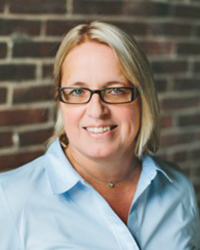 Boston, a city of firsts, is leading the way on resiliency too. Mayor Martin Walsh is pushing the city to be more innovative when it comes to this issue. He recently named Dr. Atyia Martin the city’s first chief resilience officer (CRO) as part of the 100 Resilient Cities initiative, a move that will prioritize improving water management in addition to social and economic challenges. New hires like Dr. Martin will keep Boston involved in finding solutions for an issue that is at the forefront of international policy: leaders from all over the world sent a message this week when they adopted a consensus by a legally binding agreement to fight climate change at the COP21 meeting in Paris. Boston leaders – and particularly developers and architects – can lead the charge in finding and adapting innovative ways to combat the effects of climate change.

Resiliency is more than a buzzword; it is an idea that can begin at the neighborhood level. Projects like the Allandale Residences in West Roxbury, a project that we’re developing at WonderGroup, will act as a national model for energy efficient design and inspire environmental sensitivity within and beyond the community. Allandale Residences will be Boston’s first entirely net-zero neighborhood and first entirely LEED Platinum neighborhood. It is also the first project in New England to be constructed to FORTIFIED Home certification standards, which makes homes safer, stronger and more resistant to climate change to ultimately reduce the social and economic effects of natural disasters. Meeting resilient and energy-efficient standards on individual projects will align developers and builders with city-wide resiliency efforts, and even with the international policies around climate change that we have seen being shaped at COP21.

Building resilience needs to be a local effort. Hiring a CRO will ignite Boston’s development of a comprehensive resilience strategy, which aims to be both action-oriented and holistic to build and meet the needs of poor and vulnerable communities. Developers, planners and builders will be part of such an effort’s success: the 100 Resilient Cities initiative provides a lens through which principles of resilience can be infused into urban planning projects of any scale – from Imagine Boston 2030 to the Allandale Residences neighborhood project in West Roxbury.

The time is now for Boston to hold itself to a higher, more resilient and energy efficient standard.

Jacqueline Nunez is a developer at  WonderGroup, LLC, Boston, Mass.