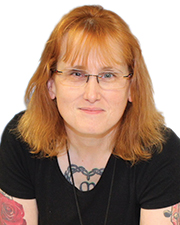 Lorna Lavelle’s charming Scottish accent and quick humor are easily noticeable. She began her career in the United Kingdom (U.K.) and joined PROCON in 2015 as a project scheduler. A master’s degree in -Energy Systems and the Environment, led her into a PM position working for Britain’s nuclear-decommissioning industry. One of her earliest multi-million dollar jobs was building a 321 mile-long power line in northern Alberta, Canada over two years. She eventually relocated to the U.S. and transitioned into project controller scheduling, and discovered she liked that position best.

Lorna’s PM background has been advantageous as a scheduler. She said, “I take the total scope of the job and break it down into manageable segments. I make sure that the phases of work are in the right order, and enough time is allotted to each one.” Her favorite part of the job is the end result. “I love to see a building we’ve done and say that I had a wee part in it,” she said.