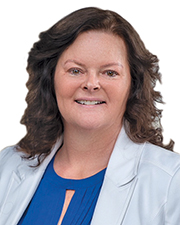 “Never give up!” That’s the best advice that Lynn Kramer ever got in the business, and with over 30-years in construction, those words have served her well. Today, she is a project executive with PROCON where she has been for 8-years. Kramer never wanted to do anything but construction, so after earning a civil engineering degree, she landed a job working for Whiting Turner. “It was definitely a proving ground. At one time I was running the MEPS on a $200 million job in Connecticut, but I worked very hard to learn my craft, and finished the project on time and under budget,”she said.

Kramer has seen considerable changes in the industry since 1985. “I’d say that the biggest difference is the dramatic reduction in the time from project initiation to building occupancy. When I started out, everything was done by paper. We now have technology adding efficiency and speed at every phase of the project.”

Lynn’s passion was evident as she revealed, “My favorite thing is building relationships with owners and subcontractors.” She also views mentoring as a key component of her leadership role. Currently, Lynn has a large team of PMs divided across the six commercial projects she overseers in various phases of construction. “I offer them guidance while recognizing that each individual has their own working style. I work closely with my teams to ensure we are leaving a job having learned something new and are continuously improving.”