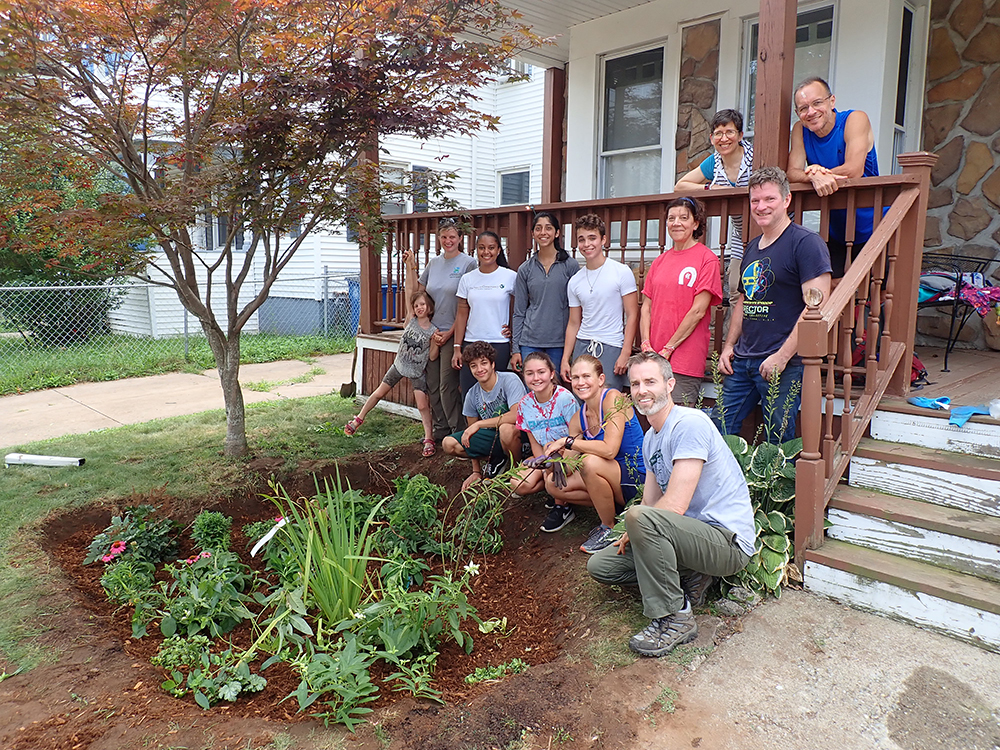 The award, named after Connecticut native Frederick Law Olmsted, who founded the modern landscape architecture profession in the 19th century, is given annually by CTASLA to an organization or person from Connecticut who has employed the principle of stewardship of the environment as a guiding force in their actions.

“Few organizations understand the economic, cultural, and natural benefits of Long Island Sound like the CFE/Save the Sound,” said CTASLA president Oliver Gaffney, a landscape architect with TPA Design Group. “As a non-profit organization, they are committed to restoring and protecting all that impacts the region’s environment, including rivers and shorelines, wetlands and forests, the air we all breathe, and the waters of the Sound itself.”

From offices in New Haven, Mamaroneck, and on Long Island, CFE/Save the Sound leads environmental action across the Long Island Sound region in a variety of ways — from legislative advocacy and legal action to environmental monitoring, engineering projects, and training and resources for communities. Together with tens of thousands of dedicated volunteers, activists, and members in Conn. and N.Y., the team fights climate change, saves endangered lands, protects the Sound and its rivers, and works with nature to restore ecosystems.

CFE/Save the Sound is a pioneer in urban green infrastructure, installing rain gardens and bioswales that have become a model for local communities. These attractive, customizable, and pollinator-friendly green spaces protect neighborhoods and city streets from flooding, filter pollutants from stormwater runoff, help recharge groundwater, and can even provide habitat and food sources. Along the shoreline and waterways, CFE/Save the Sound’s restoration projects have brought riverbanks and coastal marshes back to life.

The award was presented by CTASLA during a February program at the State Capitol on “Risk and Resiliency: Adapting to Connecticut’s Changing Climate,” which attracted landscape architects, legislators, planners, environmental activists, and interested citizens. In accepting the award, CFE president Curt Johnson quipped that he and his staff have been able to “Stop bad things from happening to good land.”

For more than 40 years CFE/Save the Sound has been ensuring that people can enjoy the healthy, clean, and thriving “good land” in Connecticut–which will also benefit generations to come.

Best known for his creation of New York’s Central Park, Frederick Law Olmsted also designed a handful of prominent Connecticut landscapes, including Bridgeport’s Beardsley and Seaside Parks, New Britain’s Walnut Hill Park, and the Institute of Living and Pope Park in Hartford. He is buried in Hartford’s Old North Cemetery.