Founders Message: Boston vs New York or is it New York vs Boston - by Roland Hopkins

For many years I have been a baseball fanatic. I still have the ticket stub from the first game I ever attended. It was a 1946 World Series game at Fenway Park between the Sox and the St. Louis Cardinals. The Sox had to wait a week while the Dodgers and the Cardinals played a two out of three playoff for the National League championship. So Sox manager Joe Cronin, rather than give his team a week off to rest after a long six month season, made them play a few exhibition games. The Sox super star, Ted Williams got hurt, and in seven series games had only six singles, the Sox losing in the seventh game. Nice move Mr. Cronin.

So as I was writing this message, the Yankees squeezed into the short playoffs, and the Sox won the division over the Yanks by three games. Neither team was great during the season, but the Yankees did discover a new Babe Ruth - a very tall guy named Judge who hit dozens off long homers. Even though both teams reached the playoffs, I believe neither will get very far. So that old line emerges – Wait Till Next Year.

I was warned many years ago to never write about politics or religion. So I have gone out of my way to avoid both very interesting fields, especially when the stock market goes up every day and areas in our great and safe country get shot at, blown up, and burned down weekly. Violent storms are beginning to creep into our country for no apparent reason. Maybe if we checked ancient history we would read about a guy named Noah who was warned of violent storms – 80 days and 80 nights. But, as I said, I can’t write about any of that stuff, so I won’t. But I will keep rooting for the Yankees and Red Sox, and will still insist that the best investment anyone can make is real estate. If you are looking to buy, remember that real estate is all about location, location, and location. Buy a good location and a storm may blow your building away, but you will still have the great location.

Getting back to baseball just to close out this fun message. How many of us know that Babe Ruth began his fabulous career as a very good pitcher in Boston. Even led the Sox into the World Series with his arm and his bat. He was then traded to the Yanks where he delivered the greatest hitting career in baseball, finishing his days with the Boston Braves. Did you know that? Boston to New York and back to Boston. Thanks Babe.

Trending Stories
This week's columnist:
Ensuring the enforceability of a guaranty after the breach of the underlying lease - by Nobel Allen 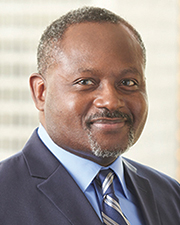