Historic Boston sells Vertullo Building in Hyde Park to Londy and Langston for $1.15m - owners of a salon in the building 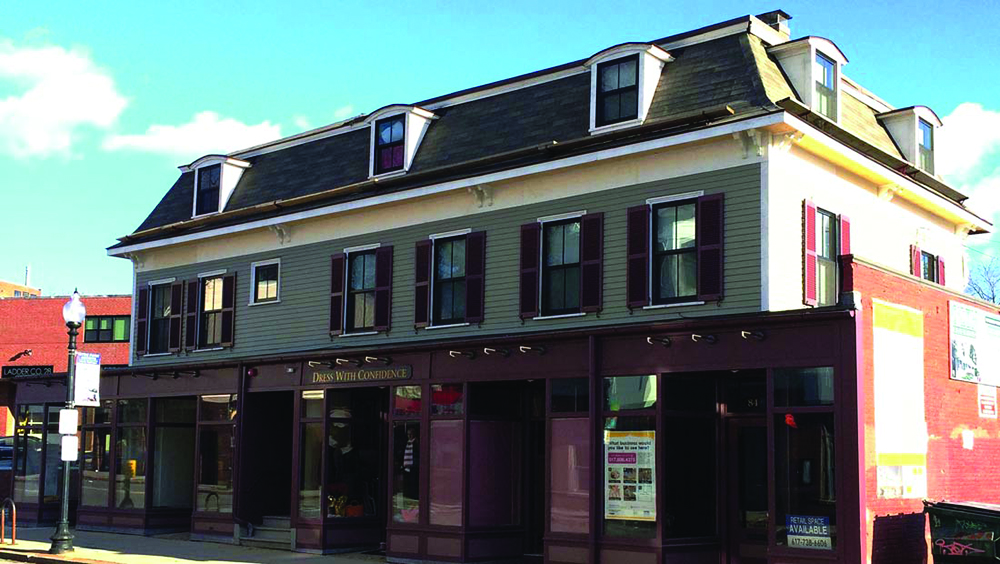 Boston, MA Hyde Park’s historic Vertullo Building, following a decade-long, $1.4 million restoration and adaptive reuse investment by the non-profit Historic Boston, Inc. (HBI) was sold to the owner of Intriguing Hair, a black-owned business that is a six-year tenant in building’s retail space. Nikia Londy and Baron Langston, owners of the hair salon that is one of five retail occupants in the three-story building, which also includes four residential units, paid $1.15 million for the building. It is located at 74-84 Fairmount Ave., was built in 1868, and is the oldest remaining structure in the Cleary and Logan Sqs. commercial district of Hyde Park.

“We love this building and have wanted to purchase it for a long time,” said Londy. “It’s important to our business, but it will also be an important investment property for our family.”

Historic Boston’s purchase of the building in 2010 was part of its commitment to demonstrate the value of historic preservation to small businesses and neighborhood economic development, largely through the city’s Main Sts. programs in various neighborhoods.

“Ownership is a very important tool in helping to reduce the racial wealth gap and ensuring Bostonians have access to creating a pipeline of opportunity in this city for generations to come,” said mayor Michelle Wu. “I am proud to support the efforts by so many crucial organizational partners and community leaders to help more Boston business owners acquire the property their businesses occupy.”

Historic Boston received nine bids when the building was offered for sale and, with considerable active support from the community, chose to sell to the current tenants at asking price rather than accept bids that were higher. This decision was facilitated by an anonymous grant to Historic Boston in support of projects that would enable such ownership.

A number of community organizations and financing entities supported the purchase by a minority-owned business and helped make it possible.

When financing appeared to be challenging, the Southwest Boston Community Development Corp. helped the buyers find loans that were affordable, and the Mass. Housing Investment Corp. provided the primary mortgage loan for the purchase. The city of Boston’s Department of Neighborhood Development provided additional financing.

“We are so glad to be able to build off of the work of Historic Boston, Inc. in preserving this important building in Hyde Park,” said Sheila Dillon, chief of housing. “Utilizing the Acquisition Opportunity Program, we are proud that we were able to help tenants of this building buy it, so they can continue to provide both important commercial space as well as income-restricted housing in the busy Logan and Cleary Square area.”

The city of Boston’s chief of economic opportunity and inclusion, Segun Idowu, advocated on behalf of the buyers in his former role as director of the Black Economic Council of Massachusetts. Massachusetts U.S. Rep. Ayanna Pressley also supported Londy and Langston in their bid to own the Vertullo Building.

“This is an important moment in Boston’s history, as this acquisition will not only help keep staples of the Hyde Park community in the place where they have dug deep root, but also prevent the displacement of residents and businesses while ensuring the vitality of the local neighborhood economy,” said Segun Idowu, who is now chief of economic opportunity and Inclusion for the city of Boston.

“Thanks to the intentionality of Historic Boston, Inc. in working with the community and supporting a local, black-owned business like Intriguing Hair, they have created an example for my office to build upon to help connect more residents of color to ownership opportunities, which is one of our strategies for eliminating the racial wealth gap.”

HBI purchased the Vertullo Building in 2010, for $500,000. The seller, Carmela Vertullo Pearce, was a resident at the time whose family had lived in the building since 1936. Pearce continued to live in one of the apartments until she died in 2019.

“The restored Vertullo Building has come full circle,” said Kathy Kottaridis, executive director of Historic Boston Inc. “We are thrilled that an early part of Hyde Park’s history is preserved and will continue to contribute to the Hyde Park community.”

HBI invested another $882,804 in the building, supported by grants, a city loan, and the Mass. Rehabilitation Tax Credit Program. The building’s exterior, including its five storefronts, were restored to their 1890s appearance, and upgrades were made to systems, roof and residences. The full exterior of the building was restored, including new windows, clapboards and Victorian decoration.

As is customary with properties that Historic Boston restores and helps preserve, there is a permanent preservation restriction on the building, including an adjacent parking lot, that will protect its exterior historic elements in perpetuity

The Vertullo Building dates to the year that the town of Hyde Park was founded, in 1868. It exemplifies the Second Empire style of design popular at that time. The structure had deteriorated and needed a great deal of work both outside and inside. HBI conducted the historical research needed and oversaw the restoration, including storefront improvements.

The building is a block from the MBTA’s Hyde Park Commuter Rail Station on the Franklin Line. The four apartments above the retail stores, not being expensive new construction, are modestly priced and considered market-rate affordable housing.