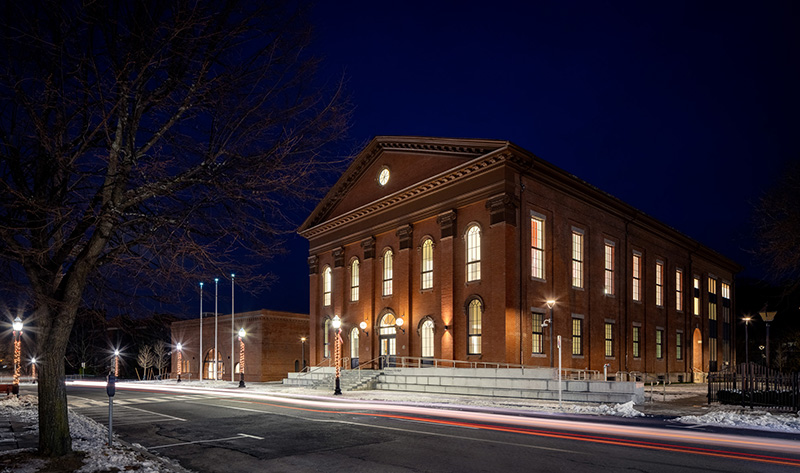 The project is part of an ongoing renaissance of the city with the artist and innovation economies at the forefront. In addition to City Hall, ICON is working on the former BF Brown School, as well as the Game Design Studio and Idea Lab in conjunction with Fitchburg State University as part of Phase I of the Main Street Theater Block, a restoration of a 1,200-seat performing arts center. These redevelopment projects seek to strengthen the city’s economic engine, while enhancing and embracing the existing local historic charm.

The City Hall building was built in 1853 and is a local historic landmark. ICON was challenged with balancing a legacy Greek Revival building with a modern work environment that could bring the city’s departments back together under one roof. A main goal was, by bringing City Hall back to Main St., to create a “City Hall for All” that was accessible and functional for all departments and residents of the city.

Today, the 38,000 s/f renovation project is complete. The 1853 exterior has been fully restored, with the brownstone and terracotta details carefully repaired or replaced. The original entry has been reestablished as the building’s primary and fully accessible public entry. 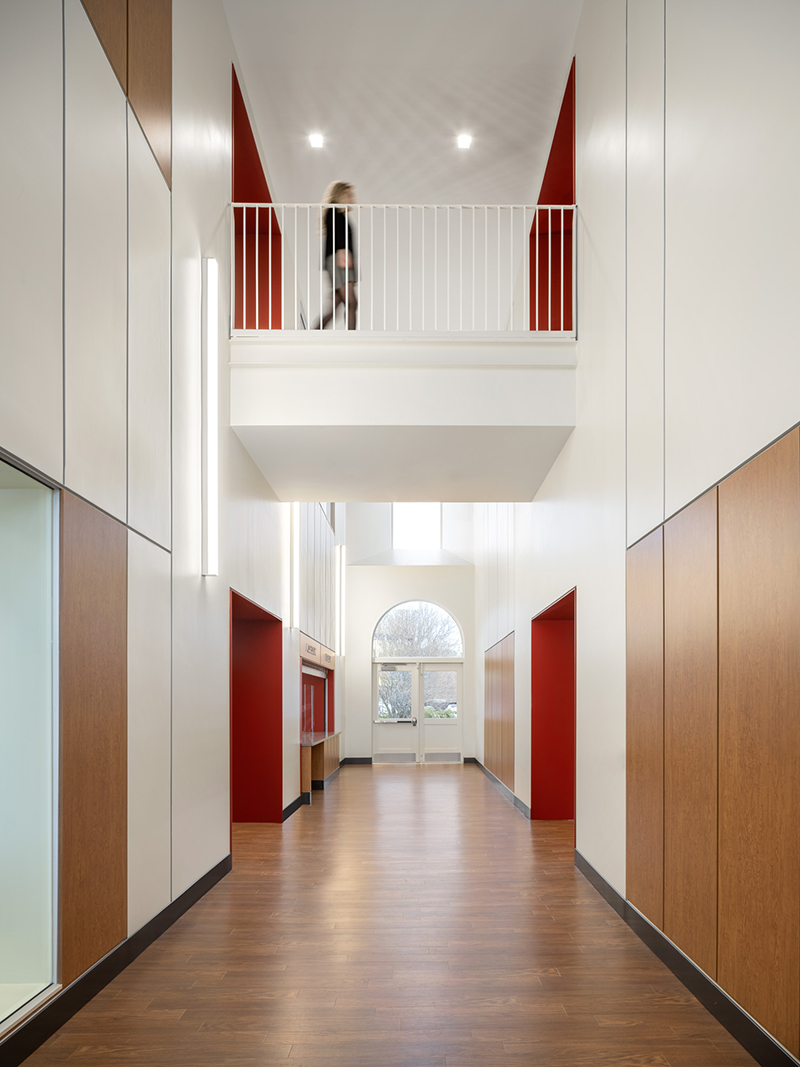 The interior was wholly redesigned to accommodate fourteen administrative departments including the office of the mayor. Straightforward wayfinding was an important design consideration.

“Our team really enjoyed restoring this historic building and modernizing the interiors to meet contemporary municipal needs and bringing it to modern standards,” said Ned Collier, principal at ICON Architecture. “One of the most interesting elements we tasked ourselves with was bringing daylight into the building. Every office has access to daylight and views.

In addition to the City Hall building, an adjacent mid-1980’s building (formerly a bank), was converted into the legislative building, housing the city council chambers.

The coffered high-ceilinged banking hall was ideal for the chamber with sufficient space for the 15-member council table and audience seating for up to 120 people. As a stand-alone building, the chamber is easily accessible to the public for night meetings and flexible in its use during the day. All city departments have moved into their new respective spaces at the revitalized site.

“When selecting a firm to renovate our seat of Government one goal of ours was to preserve the exterior of the building while bringing the interior into the 21st century,” said mayor Stephen DiNatate whose administration oversaw the project. “I couldn’t be more pleased with the job ICON did, they brought City Hall back to her people and made it a building that is accessible and welcoming to all.”