Quincy, MA LBC Boston, a diverse group of companies successfully managing real estate and business ventures, has relocated and opened a new 2,800 s/f office at 1512 Hancock St. A ribbon cutting event was held on August 26, and attended by Tim Cahill, president of the Quincy chamber of commerce, and councilor Ian Cain.

“We are fortunate to be the city’s designated redeveloper for contiguous parcels along Hancock St. in the heart of downtown,” said Andrian Shapiro, principal owner at LBC Boston. “Our focus in Quincy since 2014 has been to develop parcels along Hancock St., Cottage Ave., and Parkingway. We believe in the vision established in Quincy’s Urban Revitalization and Development Plan to modernize one of the most historic cities in the country, the only U.S. city where two U.S. presidents were born.” 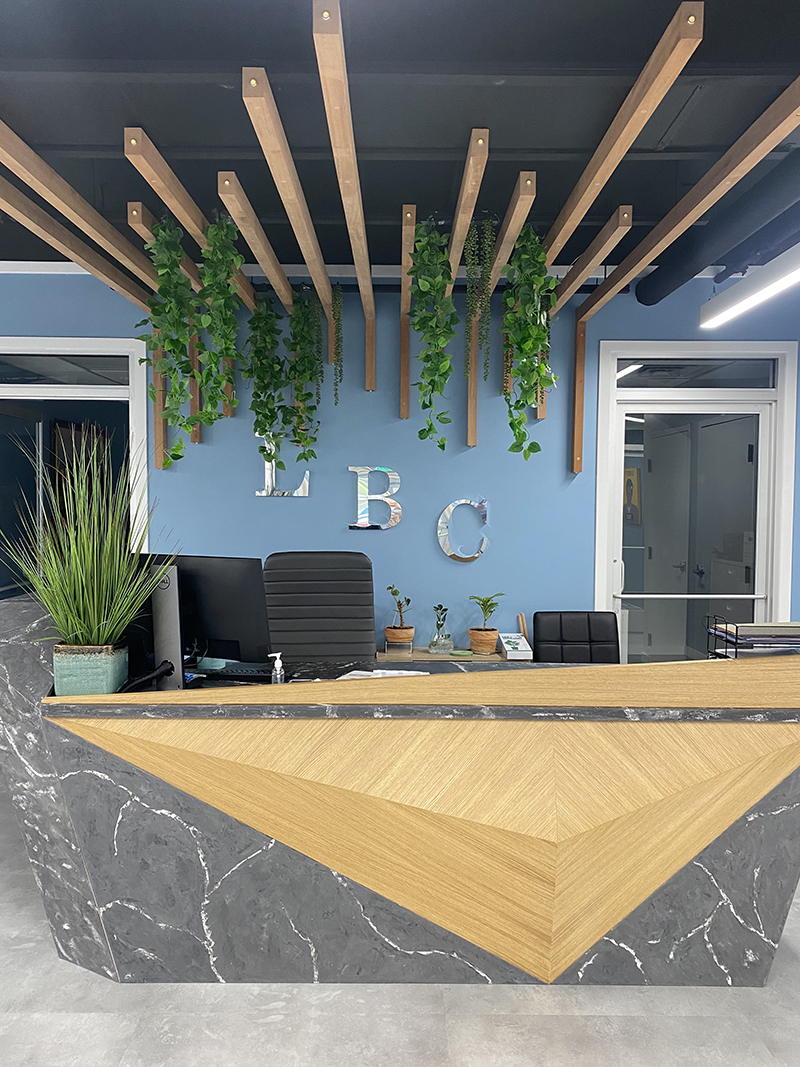 The demand for housing has fueled projects like LBC Boston’s Nova Quincy, a 171-unit residential complex located in the 1500 block of Hancock St. which has been fully leased since it opened in September 2019. The seven-story building features views of Boston’s skyline and 14,000 s/f of ground- level retail and restaurant space. The building adds to Quincy’s commercial base and matches the need for housing with modern amenities in a convenient location. Nova Quincy includes a fitness center, residential lounge with a kitchen, a concierge, and multiple package rooms.

In December 2020, LBC Boston received approval from the Quincy city council to buy two parcels of land in downtown where it will build a $120 million mixed-use development with 350 residential units and commercial space in two buildings with ample amenities, similar unit types and layouts, and expansive rooftop decks with amenity suites.

LBC Boston is working on several new developments in the city.

The new office was designed by Choo Architects and built out by Foley United Contractor.