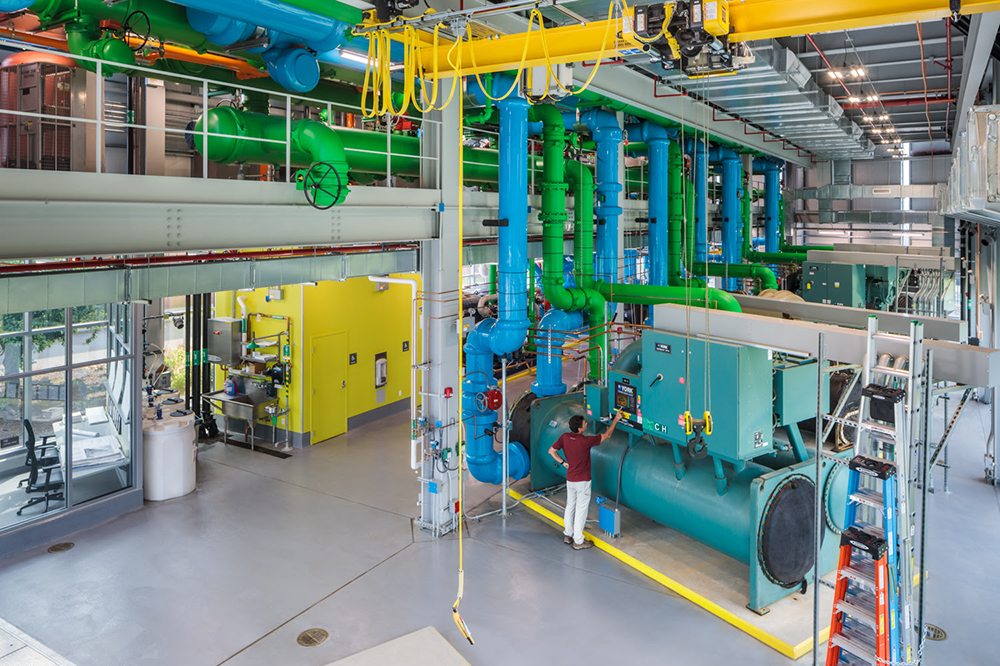 Amherst, MA Leers Weinzapfel Associates’ new 10,592 s/f chiller plant at the University of Massachusetts Amherst is the latest in the firm’s extensive portfolio of infrastructure work. A component of the university’s 2012 Campus Master Plan, it will increase the reliability and capacity of chilled water service throughout its growing north campus core by re-imagining the existing regional plant it replaces. 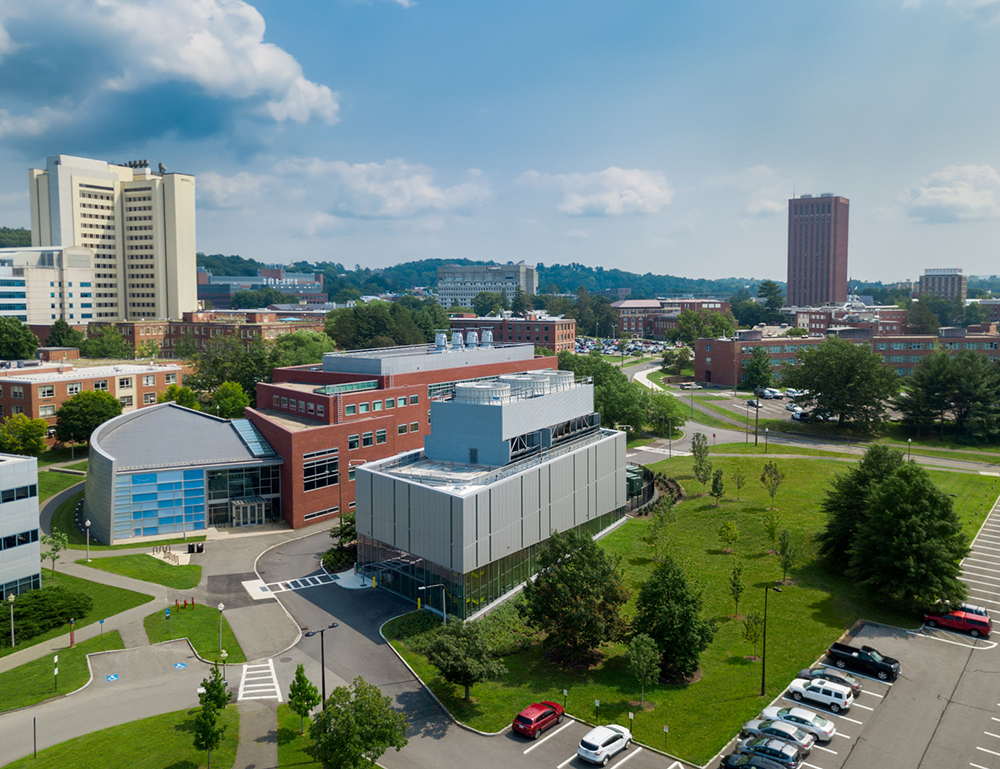 Located in the engineering quadrant, the North Chiller Plant was planned for a narrow zone between an existing, outmoded 1991 plant and an existing engineering building. This approach allowed the existing facility to continue operation during construction while its equipment was relocated to the new space and new mechanical and electrical systems were installed. Then, the original plant was demolished. The design of the North Chiller Plant was proposed to remain outside a view shed from the center of campus to the Northwest, referred to as “The Feather” in the Campus Master Plan. Its parallelogram shape accommodates new chillers parked at an angle inside the narrow building, while allowing important campus views from the existing engineering building. 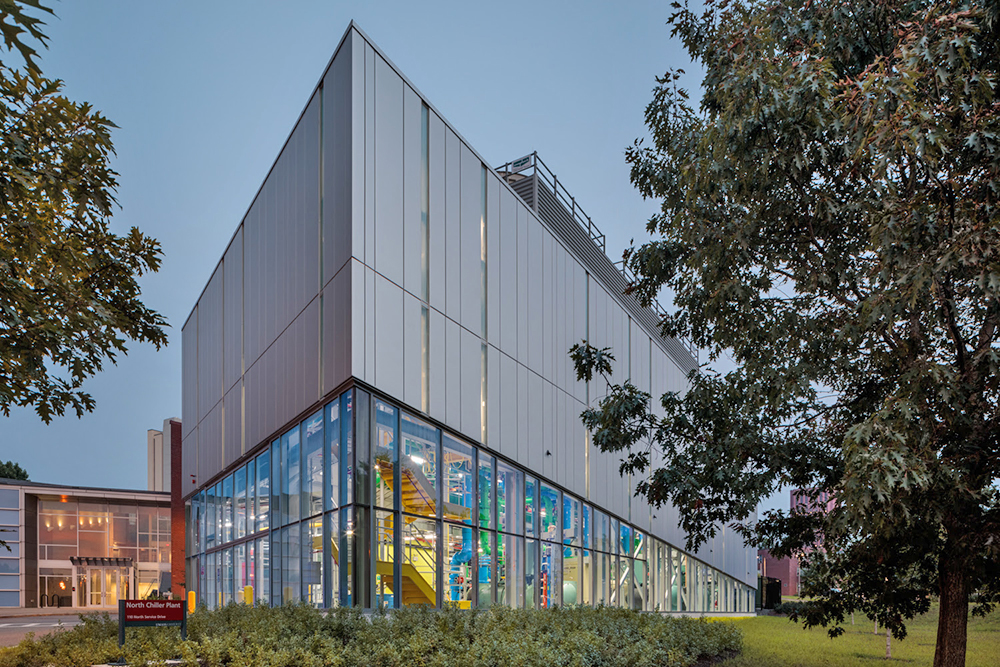 In addition to comfort-related air conditioning, chilled water service is also used for research-focused, process-related purposes such as cooling lasers, tempering chemical reactions, and maintaining strict environmental conditions on the campus, making enhanced capacity increasingly critical as laboratory and other science buildings continue to be added to the engineering campus.

Providing a “visual learning” element to the engineering quadrant community, the building has ground level perimeter glazing that showcases its interior operations and equipment to passersby, offering “technology on display” through the glazed base of the building. The energy efficient insulated panel system above is punctuated with channel glass strips, illuminating the upper equipment platform.

The glazed base is highest on the north to allow vehicle access through a glazed bi-fold door; the glazing head slopes along the east, south, and west for reduced solar gain on those orientations. The North Chiller Plant is targeted for LEED Silver certification.