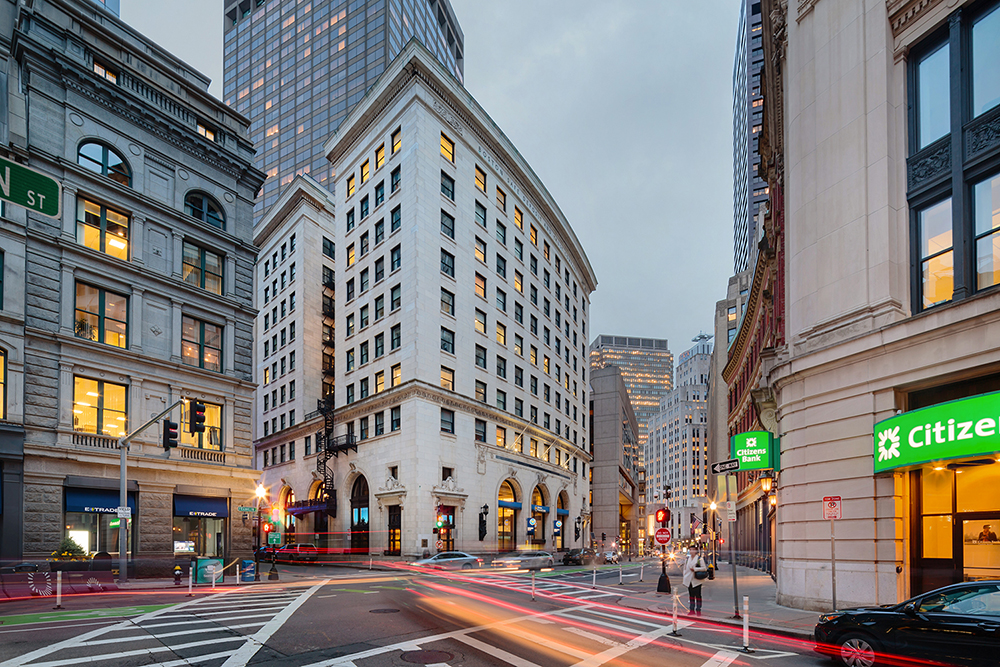 Originally completed in 1908, 100 Franklin St. formerly served as home to the Boston Safe Deposit and Trust Co. and Boston Stock Exchange. Presently, the 123,950 s/f, nine-story building is 95% leased to a 25-tenant roster anchored by Webster Bank, Lux Research, the YMCA, Quantopian and ZappRx.

“100 Franklin St. is part of a small but coveted set of class B assets in downtown Boston,” said Maher. “Boasting an architecturally distinguished exterior combined with modern interior buildouts, the property is a consistently strong performer within one of the United States’ most dynamic core gateway markets.”

100 Franklin St. benefits from a visible location at the corner of Franklin St., Devonshire and Arch Sts. The asset is located near three of the city’s busiest landmarks (South Station, Post Office Sq. and Downtown Crossing) and two of its most anticipated new developments (High Str. Place and Winthrop Center).