Sturbridge, MA At a celebration that was marked by the contrast of old and new, officials from Old Sturbridge Village Museum (OSV), students from Old Sturbridge Village Academy, and executives from Solect Energy and Green Street Power Partners, LLC (GSPP) participated in a ribbon cutting of a 1.8 MW solar system that powers the Northeast’s largest outdoor living-history museum. The ground mount solar system, consisting of 5,400 photovoltaic (PV) panels, was designed and installed by Solect Energy, the leading commercial-scale developer and installer of solar energy systems in Massachusetts. It is now owned and operated by GSPP. The solar array, made possible through the signing of a Power Purchase Agreement (PPA), enables Old Sturbridge Village to reap over $1.5 million in energy savings over the life of the system. 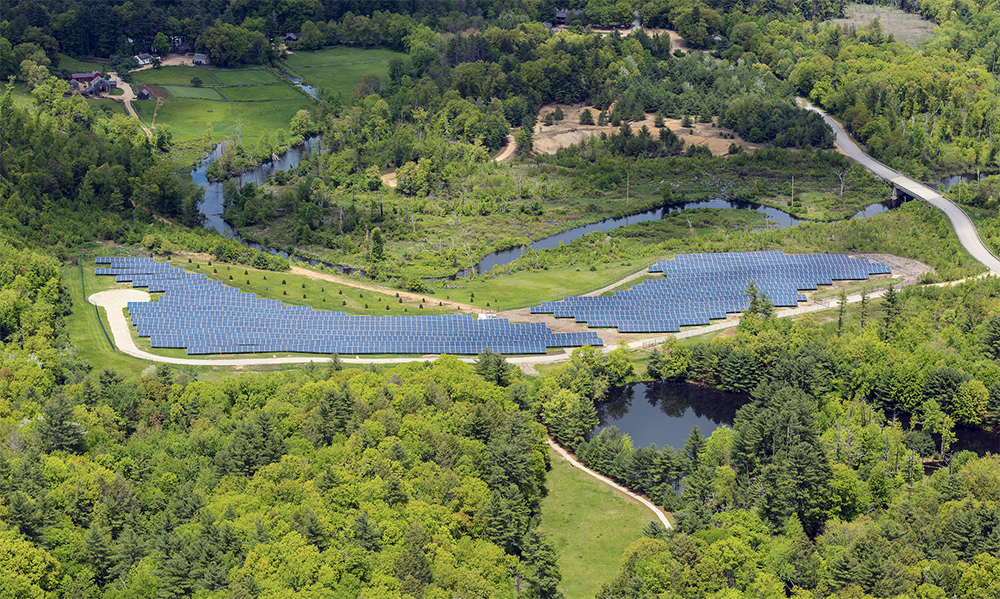 “As we celebrate the savings and benefits of the OSV solar array, we do so against the backdrop of a 19th century village, where thrift and economy were essential to everyday living,” said Scott Howe, partner and senior vice president at Solect. “OSV’s objectives were threefold: deploy solar energy to reduce energy expenses, provide predictable future costs that can be used in annual budgeting and as a hedge against rising energy prices, and finally to take a leadership role in environmental sustainability.”

OSV depicts a working, rural New England town from the 1830s where visitors can interact with costumed staff demonstrating authentic daily life and work activities. Old Sturbridge Academy is a new K-8 public charter school that opened its doors in September 2017. The school is located on OSV’s grounds and emphasizes learning through interdisciplinary group projects. Third grade students were involved in the reception following the ribbon cutting, and taught how solar arrays generate electricity, and contribute to a cleaner environment.

Upon completion of the array, GSPP purchased the project from Solect, and will sell 100% of the power generated to OSV at a fixed rate for a period of 25 years. The system is estimated to produce 2,238,878 kilowatt hours (kWh) annually - enough power to offset roughly 75% of the museum’s annual energy needs. The amount of electricity produced annually by the array is enough to charge 440,640,000 smart phones a year and is equivalent to taking 351 cars off the road each year.

“Old Sturbridge Village is grateful to our many partners, including the town of Sturbridge, who helped to make this solar field a reality. Not only will it substantially reduce the museum’s carbon footprint but it will also reduce our energy costs significantly over the next several years,” said Jim Donahue, president and CEO of OSV. “Conservation was an important part of life in New England in the 1830s so we are especially glad to be able to take such a big step on this front in the 21st century.”

“OSV’s solar project is uniquely influential,” said Scott Kerner, CEO and co-founder of GSPP. “The museum is showing that solar solutions can be crafted for many types of businesses and organizations, especially non-profits, while also demonstrating that even organizations focused on preserving tradition, are open to embracing new, clean energy sources.”