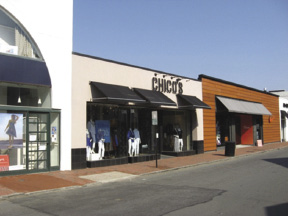 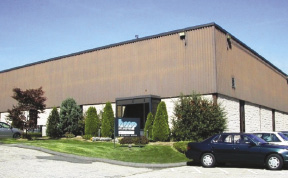 The Connecticut/ Western Massachusetts chapter of SIOR announced the results of its semi-annual survey of its membership. The survey measured market conditions for the period January through July 2014 within the region.
Member responses noted increased activity and continuing improvement from the last half of 2013 to the first half of 2014. In regards to overall market conditions 60% of the membership indicated improvement and 40% saw no change in market conditions within Connecticut and western Massachusetts. Predictions for the rest of 2014 are optimistic with a majority indicating improvement (50%) or no change (40%) and the remainder (10%) anticipates a decline in market conditions. The majority of members do not expect lease rates to change in the second half of the year. Industrial lease rates are expected to remain unchanged (93%) with a small percentage (7%) predicting an increase. Office lease rates are also generally expected to remain unchanged (80%) while a number (14%) expect a further decline and only 7% expect an increase.
Expectations regarding the direction of market vacancy rates are positive. Industrial vacancy rates are expected to decrease (67%) or remain unchanged (33%). Office vacancy rates will remain the same (73%) and the remainder expects office vacancy rates to decrease (20%) or increase (7%).
A majority of members believe sales prices for industrial and office product as well as cap rates will be stable for the remainder of 2014. Survey responses for industrial properties indicate stable pricing (71%) with the remainder anticipating upward pressure on pricing (29%). Survey responses for office differ slightly as a larger majority (76%) indicates prices have stabilized with the remainder split between further declines (18%) and price increases (6%). Similar results were also noted for investment cap rates with a majority anticipating that they will remain unchanged (60%) or expect cap rates to increase (33%) which results in declining values for investment properties and the remainder anticipating a decrease in cap rates (7%).
The members do not anticipate significant new development for the remainder of 2014. Expectations regarding corporate growth for the remainder of 2014 are largely unchanged with the majority predicting status quo (75%) and the remainder divided between expansion (15%) and contraction (10%). Comments by members point to a market that has shown very gradual improvement over the weaker market conditions of several years ago. Improvement in market conditions have not been uniform however and market activity is thin for some product types: "transactions are challenging to complete given the high new construction and tenant improvement costs as well as regulatory issues." Overall the tone of comments was positive and optimistic reflecting increased activity and improvement in the market.
A sampling of recent member transactions includes the sale of 10-36 Main St. in Monroe - a 15-acre site which was sold The Kimball Group for $3.3 million. A retail development, which will include a Walmart, is being planned for the site. Bruce Wettenstein, SIOR was the sole broker.
61 Main St. in Westport, a 3,400 s/f retail building leased to Chico's was sold for $7.3 million to 61 Main Street, LLC. David Fugitt, SIOR was the sole broker this transaction.
Also in Fairfield County, Bruce Wettenstein, SIOR represented the seller of 515 Commerce Dr. in Fairfield, a 19,830 s/f industrial building on 1.09 acres. It sold for $2.15 million to Tile America, and it is being converted to a retail showroom and warehouse.
In Waterbury, 155 South Leonard St., a 100,000 s/f industrial facility was sold to Bender Development, LLC. Tom Hill, SIOR represented the seller, International Paper, in the transaction. Ed Godin, SIOR represented the purchaser.
A 140,000 s/f long-term lease was recently completed at 400 Captain Neville Dr. in Waterbury to NEJ, Inc. Ed Godin, SIOR represented the landlord in the lease negotiations.
Also in the Waterbury area, a 24,000 s/f manufacturing building on 3.7 acres, located at 15 Mountain View Dr. in Watertown, was sold for $835,000 to ECI Screen Print, Inc. The seller was Grandma's Funding Associates. Godin was the sole broker in this transaction.
In Hartford County, Phil Gagnon, SIOR has negotiated a 93,351 s/f long-term office lease in Windsor, having a total aggregate value of $8.8 million.
14,444 s/f of office space was leased at 175 Powder Forrest Dr. in Simsbury to Saslow, Lufkin, & Buggy, LLP. Mark Duclos, SIOR and Larry Levere, SIOR represented the tenant in their lease negotiations.
Art Ross, SIOR and Mark Duclos, SIOR represented the landlord, Winstanley Enterprises, in their long-term lease of 111,443 s/f at 127 Park Ave. in East Hartford to Bakery on Main. Once in full production, the East Hartford facility will be the largest gluten-free non-GMO production facility in the United States.
In New London County, John Jensen, SIOR, represented the seller of 179 Cross Road in Waterford; a 5,000 s/f flex industrial building. It sold for $700,000 to Tuck Properties, LLC.
In western Massachusetts, a 50,000 s/f lease was completed with Berry Plastics at 111 Southampton Road in Westfield. This is 600,000 s/f multi-tenant industrial facility. John Reed, SIOR represented the landlord in this transaction.
In New Haven County, Frank Hird, SIOR represented the seller of a 27,640 s/f office building at 495-517 Congress Avenue in New Haven, closing at $2.8 million.
69 North Branford Rd. in Branford, a 17,000 s/f manufacturing building on 1.77 acres, sold for $990,000. Kevin Geenty, SIOR represented the seller, BRLT, Inc..
9.59 acres of land on Research Parkway in Wallingford was sold for $1.575 million to Connecticut Food Bank, who was represented by Frank Hird, SIOR. Connecticut Food Bank is constructing their new headquarters and distribution facility on the site.
30,680 s/f at 4 Hershey Dr. in Ansonia, was leased to Better Packages, who relocated from Shelton. Bruce Wettenstein, SIOR represented Better Packages and Carl Russell, SIOR, CCIM represented the landlord in this lease.
Kevin Geenty, SIOR represented Palmer Realty, the seller of 48 North Branford Rd. in Branford, a 26,000 s/f industrial facility, selling for $1.16 million.
Outside the United States, Frank Hird, SIOR has completed office leases on behalf of a close client in Paris, France; Brussells, Belgium; and Mumbai, India. Frank worked with SIORs in each city; Solly Gubbai, SIOR and Charles Tatham, SIOR in Paris, Ingrid Ceusters-Luytea, SIOR in Brussells, and Sanjett Narain, SIOR in Mumbai.
Tags:
Previous StoryNext Story
Print
PDF