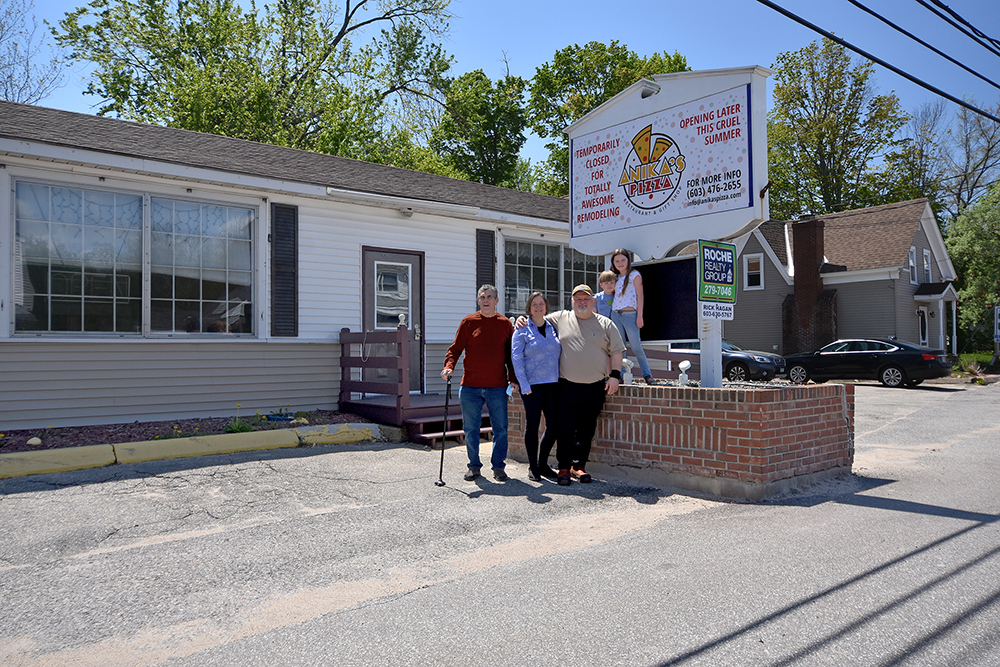 Moultonborough, NH Brian and Kara Dillard of Barrington, N.H., have purchased Artie’s Subs & Pizza, a popular eatery in the scenic village at 1008 Whittier Highway. Rick Hagan of Roche Realty Group represented both the seller and buyer.

Arthur and Patricia Tgibedes operated Artie’s for the past 27 years. Prior to 1994, it was called the “Hi There Café,” operated by Robert and Donna Adams.

The purchase included the fully equipped 1,700 s/f restaurant with indoor seating & take out, plus an adjacent 1860 farmhouse with four bedrooms and two baths and a two-story barn.

According to Rick Hagan, the Dillards were originally from California and moved to New Hampshire in 2015 with two young children Anika and Alex. They spent the past six years focused on their digital marketing and website design company. Brian and his daughter had a tradition to make fresh pizza for the family, including cheese and vegan non-dairy options. That tradition was the catalyst for the family to name the new restaurant “Anika’s Pizza” and turn it into an 80s themed family restaurant & gift shop. Being children of the 70s and 80s, they felt it would create a cool ambiance where they could offer typical food offered at pizza restaurants with a good selection of vegetarian/vegan options and a gift shop with unique & fun keepsakes. After remodeling, the family expects to open later this summer.